Joelinton has urged his Newcastle United team-mates to find extra motivation to end their disappointing record of 27 years without a win against Liverpool at Anfield in their upcoming Premier League clash.

The Magpies are set to lock horns with Liverpool at Anfield at the weekend in their upcoming top flight encounter as the visitors look for three points to further pull away from the drop zone. while the hosts are desperate to add three points to their bid to clinch a Champions League spot finish.

However, Anfield has not been a happy hunting ground for the Tyneside giants for almost three decades as they have not won there for 27 years. 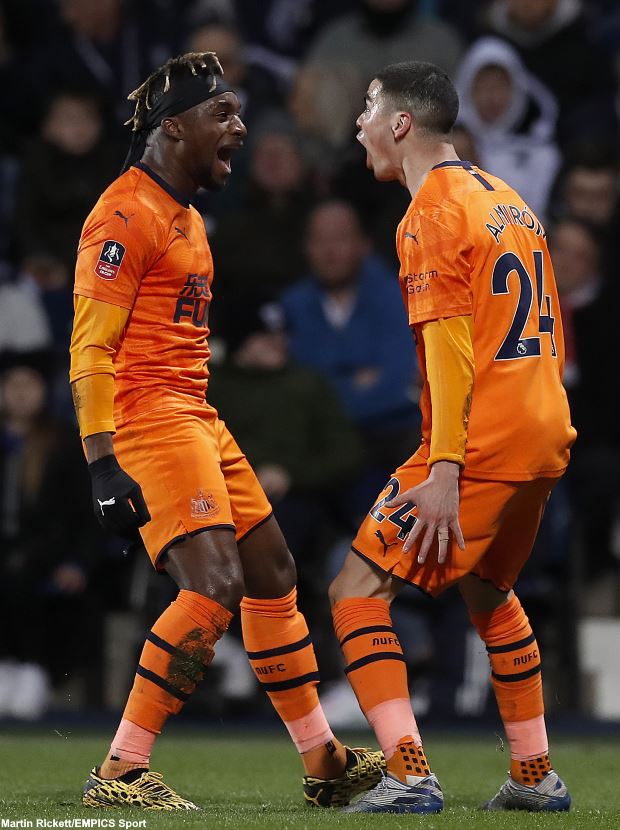 Newcastle hitman Joelinton has urged his team to find extra inspiration to put an end to their bad run at the Reds’ stomping ground, do their best and possibly leave Merseyside with one more win to their name.

The Magpies are currently 15th in the league table and Joelinton feels two or three wins in their remaining six games of the league campaign would be enough for them to ensure they maintain their top flight status.

“I think we have a really good strong team and I think we’re strong mentally”, Joelinton told NUFC TV.

“We can have a great game and achieve something.

“We had a meeting today and were told Newcastle haven’t won at Anfield for 27 years!

“I think we need to take this into the game with us and do our best. If we win, it will be incredible for all of us.

“I think that’s it – in our struggle we need to aim to win every game but I think two or three wins will be enough for safety.

“As I have already said, we need to take things game by game, look to our best in every match and who knows, we might finish the season in a better position than a lot of people expected.”

Liverpool have lost five of their last five league games at Anfield and Newcastle will be determined to deal the Reds another blow come Saturday.