Newcastle United manager Steve Bruce has named his starting eleven and substitutes for his side’s Premier League clash against Liverpool at Anfield this afternoon.

Joelinton has continued to remain in the starting eleven and he will be leading the line for Newcastle today on Merseyside. 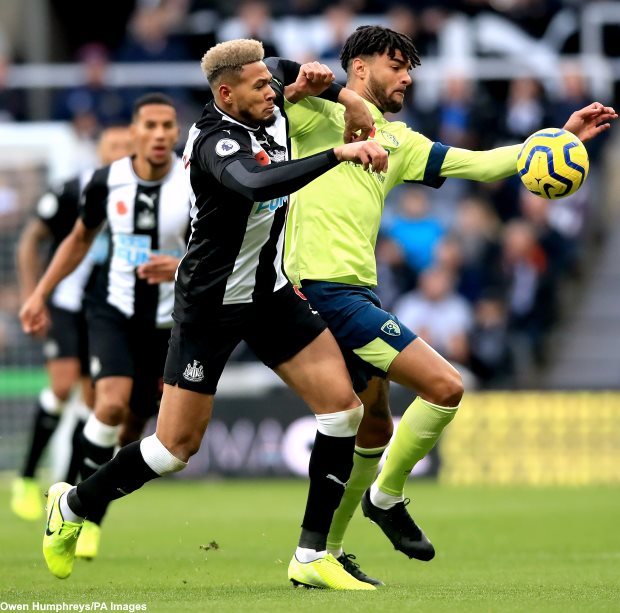 Jacob Murphy and Matt Ritchie will be the wing-backs in the system, with Bruce opting to go with three centre-backs in Federico Fernandez, Ciaran Clark and Paul Dummett.

Jonjo Shelvey will play in the heart of midfield alongside Sean Longstaff, and Miguel Almiron will be tasked with providing creativity from the middle of the park.

Allan Saint-Maximin will again start the game after making an impact since his return and will be expected to provide pace and thrust in attack for Newcastle.

Callum Wilson and Joe Willock are some of the options Newcastle have on the bench at Anfield today.