Former Belgium coach Marc Wilmots believes Kevin De Bruyne has developed as a leader at Manchester City and does most of his talking through performances on the pitch.

De Bruyne has been a superstar in the Premier League since he returned to England with Manchester City in 2015, joining from Wolfsburg.

He is one of the most creative players featuring in England at the moment and is one of the first names on Pep Guardiola’s team-sheet when he is fit. 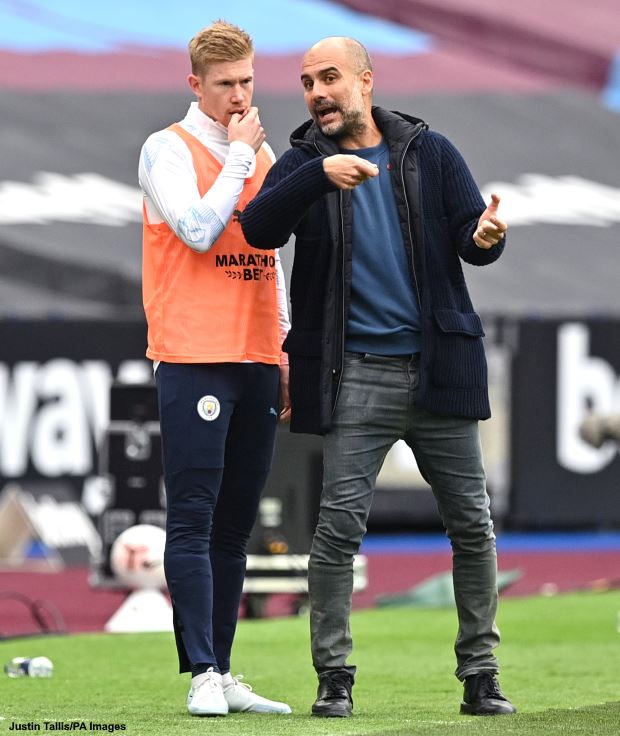 The Belgian has even worn the captain’s armband at Manchester City and Wilmots feels that the fact that De Bruyne sometimes grabs games by the scruff of their neck on the pitch makes him a natural leader at the Etihad.

The former Belgium coach also believes that De Bruyne is in a good personal space at the moment and feels comfortable with life at the club, which has also helped him to be one of the leaders at Manchester City.

Wilmots told French sports daily L’Equipe: “He became the leader at City because he is the competitor who takes things in his hands on the pitch.

“You also feel that he is comfortable in his shoes in Manchester.

“He found his balance both personally and in his family.”

De Bruyne will look to inspire Manchester City to their first Champions League final when they take on Paris Saint-Germain in the first leg of their semi-final tie tonight.