Everton full-back Lucas Digne has pointed out that his team-mate Dominic Calvert-Lewin enhances the Toffees’ quality as his presence on the pitch brings out a totally different approach.

The England international has found the back of the net 14 times in 29 appearances for the Toffees this season.

Calvert-Lewin was among five players to return to the Everton starting eleven in their 1-0 victory against Arsenal at the weekend after missing out on their previous two league games, against Tottenham and Brighton, both of which ended in draws. 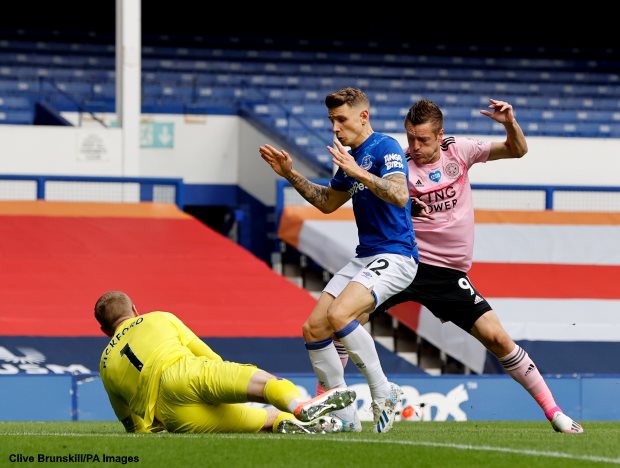 Digne insists that Calvert-Lewin is capable of turning the Toffees into a much tougher proposition for their opponents, with his ability to hold the ball up and occupy defenders, as well as his goalscoring prowess with both his head and feet.

He also believes that Calvert-Lewin’s quality up front improves the performances of his team-mates around him.

“It is totally different, he changes our way, he can keep the ball easily in front and occupy defenders of the opposing team”, Digne told Everton’s official site.

“He is an important player for us, he can keep the ball and score with his head and feet.

“He is a really good player and we need him.”

Calvert-Lewin will look to aid Everton in their chase for a Champions League place with just six games left for them to get over the line.