Roma midfielder Lorenzo Pellegrini has insisted that his team will continue to try against Manchester United in their Europa League semi-final tie until the final whistle next week at the Stadio Olimpico.

The Serie A giants scored two away goals in the first half after Manchester United took the lead in the first leg of their Europa League semi-final tie at Old Trafford on Thursday night.

But Ole Gunnar Solskjaer’s side were rampant in the second half and scored five times to win the first leg 6-2 to more or less end the tie even before they travel to Italy next week. 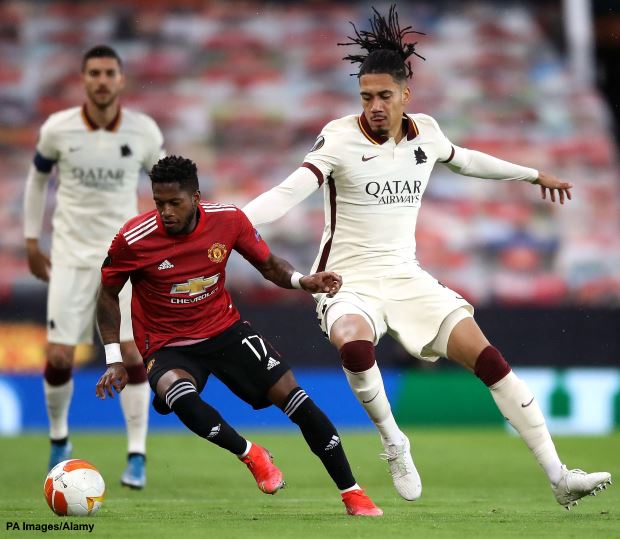 Roma were forced to use all their three substitutes in the first half due to injuries but Pellegrini conceded that there can be no explanation for their performance after the break.

He stressed that the team prepared hard for the game and will continue to give their all until the final whistle is blown in the second leg next week at the Stadio Olimpico.

Pellegrini told Sky Italia: “I have nothing to say and to blame the team.

“Great first half, but the second half I don’t know what to say. It’s hard to talk now.

“I will tell the fans that we will try to achieve the feat.

“Apart from the second half, we prepared for the game as if life depended on it and we will also do it in the return leg until the referee blows the final whistle.”

Manchester United will look to avoid any shocks next week and confirm their place in the final of the Europa League.