He Gave Me Small Tips – Liverpool Defender On Senior Team-mate

Liverpool centre-back Ozan Kabak has revealed that Virgil van Dijk has helped him massively in his time at Anfield and admits that he gives advice to him only a defender like him can give.

Kabak was signed on loan in the winter transfer window from Schalke as Liverpool looking to bolster their defensive options following injuries.

Van Dijk and Joe Gomez are sidelined, while Joel Matip’s season was also brought to an early end, piling the pressure on Kabak to step up. 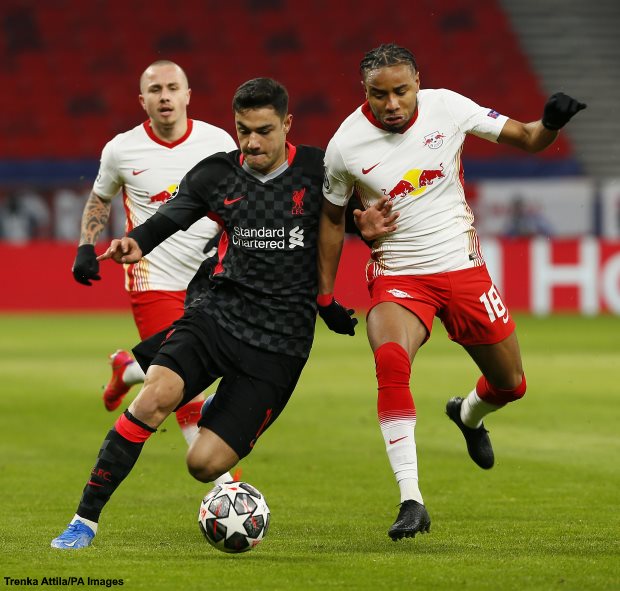 Kabak admits that he feels a centre-back needs experience to help them deal with situations, and he is trying to gain as much as possible as he looks to smell danger before it becomes a problem.

The young defender stated that Van Dijk has given him tips since the time he arrived at Liverpool and has helped him grow as a defender.

“You need to be intelligent.

“That’s exactly what I’m trying to do but it’s about experience, too, I think.

“Our friend Virgil, for example, is so good at this job.

“He does it very well because he’s a really experienced guy and he knows this football.

“So I tried to do my best and game by game I think I got better on this.”

And Kabak added: “He gave me small tips about our football mentality.

“I think defenders understand each other better and he came with some small tips about how we play or what I need to do.

Liverpool have an option to sign Kabak on a permanent basis from Schalke at the end of the season, but it is unclear if they will trigger it and snap him up.