Ian Poveda has revealed that Leeds United are pushing him to become a complete player and revealed he is learning from the senior players in his position.

Leeds signed Poveda from Manchester City in January last year and he has been sporadically used by Marcelo Bielsa in the first team this season.

He made 12 Premier League appearances from the bench for Leeds this season and Bielsa has been insistent that the winger is improving with each passing day. 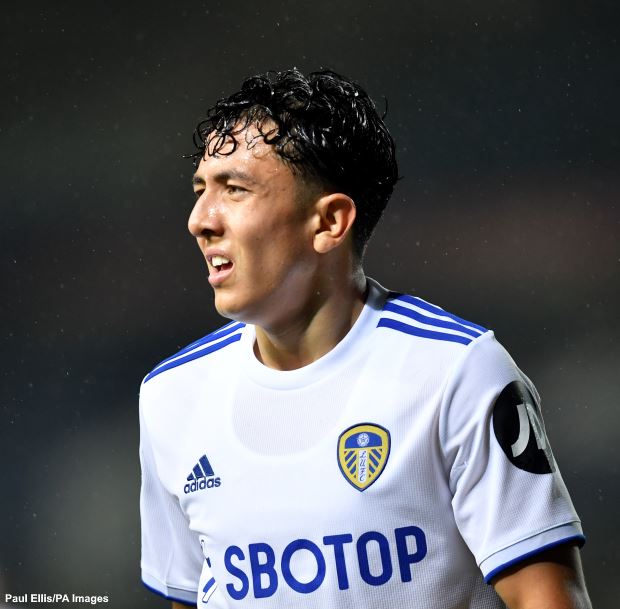 The Leeds coaching staff have been working on Poveda’s game and he admitted that each facet of his football is being closely monitored by the people around him.

He stressed that Leeds are keen to see him develop into a well-rounded player and admitted that he has been receiving considerable help and advice from the senior first-team players in the squad.

Poveda said on LUTV: “It’s everything in general [I’ve worked on].

“They want me to be a complete player, so attack and defend as well.

“I feel like I’m trying to make my aggression more, be more known.

“They [the senior attacking players] all speak to me, I learn a lot from them, from Helder [Costa], from Rapha [Raphinha], they teach me things.

The winger will hope that he gets an opportunity to start a Premier League game before the season ends later this month, as he looks to continue his development.