Leeds United have confirmed their team and substitutes to lock horns with Graham Potter’s Brighton side on the south coast in the Premier League this afternoon.

The Whites are fighting to secure a top ten finish in their first season back in the top flight for 16 years, while the Seagulls want to keep relegation worries at bay; they are seven points clear of the drop zone. 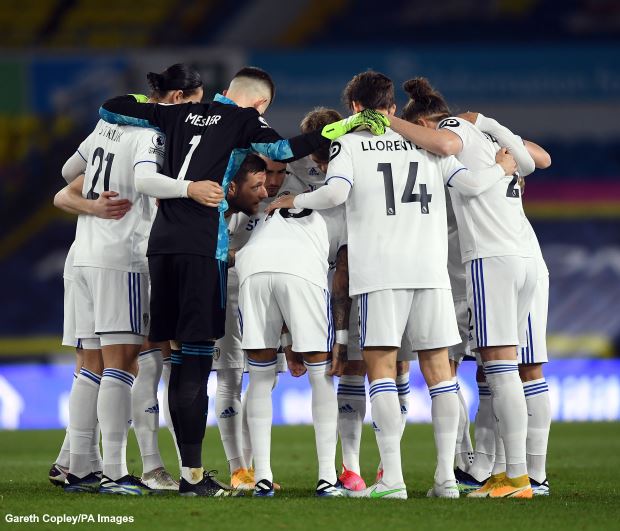 Leeds played out a 0-0 draw at home against Manchester United in their last outing in a sign of their growing defensive solidity and head coach Marcelo Bielsa will be keen for it to continue this afternoon.

Captain Liam Cooper is still out due to suspension, while Raphinha has a hip injury. Kalvin Phillips is not in the matchday squad.

Bielsa has Illan Meslier in goal, while at full-back he picks Luke Ayling and Ezgjan Alioski.

With no Phillips, Leeds have Diego Llorente, Pascal Struijk and Robin Koch all selected and it remains to be seen which, if any, step up into Phillips’ usual role.

Bielsa can look to his bench if changes are needed, where options available to him include Rodrigo and Ian Poveda.