Mark Wilson has admitted that he would not be surprised to see a bid come in for Rangers winger Ryan Kent in the summer, but is sure it would take a mammoth amount to tempt the Gers to sell.

Kent has gone from strength to strength at Rangers since joining the club at first on loan and then on a permanent basis, and is ending the season in Scotland as a league champion.

Leeds United made a bid for Kent last summer and he is much admired by the Whites’ director of football Victor Orta and head coach Marcelo Bielsa. 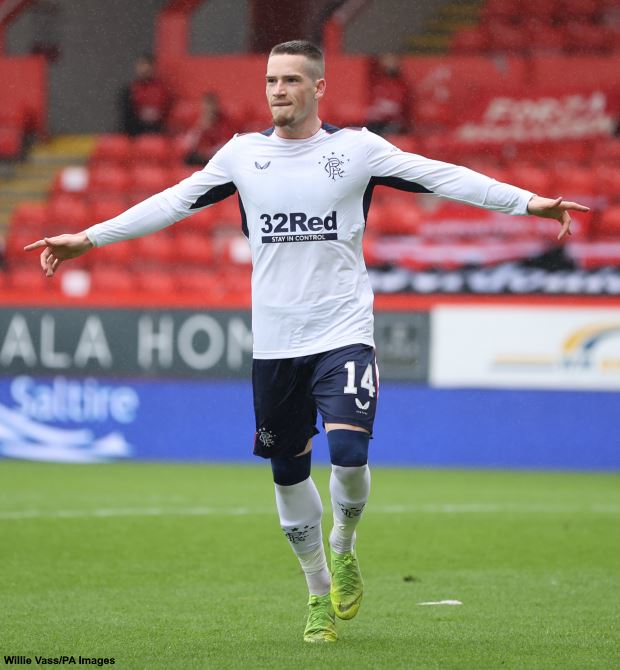 Rangers however rejected the proposal and Wilson thinks Kent is continuing to add more to his game and becoming more effective.

He feels a bid could come in for Kent this coming summer, but is sure it would need to be something special to tempt Rangers to sell.

“He certainly is a [full-back’s nightmare]”, the former Scotland international said on Clyde 1’s Superscoreboard following Rangers’ win over Celtic.

“When he first came to this country he was an out and out winger who would hug the touchline and he was pretty decent at that as well.

“Now he is picking up these positions, inside left, inside right, more central positions, and that is just a nightmare if you are a full-back, or even a central midfielder; you’ve seen Scott Brown having a tough time trying to manage him in recent games.

“That is the modern winger, they don’t just hug the touchline these days, they come into areas that are difficult for people to pick up.

“His return has been much better in terms of goals and assists.

“He is at the cutting edge of everything Rangers do and if a bid comes in you would not be surprised, but how much will it take to lure him away from Rangers? An awful lot you would think.”

Leeds have been tipped to rekindle their interest in Kent in the summer.