Former Leeds United star Noel Whelan is of the view that Rodrigo has not displayed the promise that he showed at the start of the season in recent months, and feels the Whites star’s candle is flickering out.

The 30-year-old became Leeds’ most expensive signing when he joined the Yorkshire-based club from La Liga side Valencia for a fee of £27m last summer.

However, Rodrigo has struggled to make an impact at Elland Road, having scored only three goals and provided one assist in the Premier League so far. 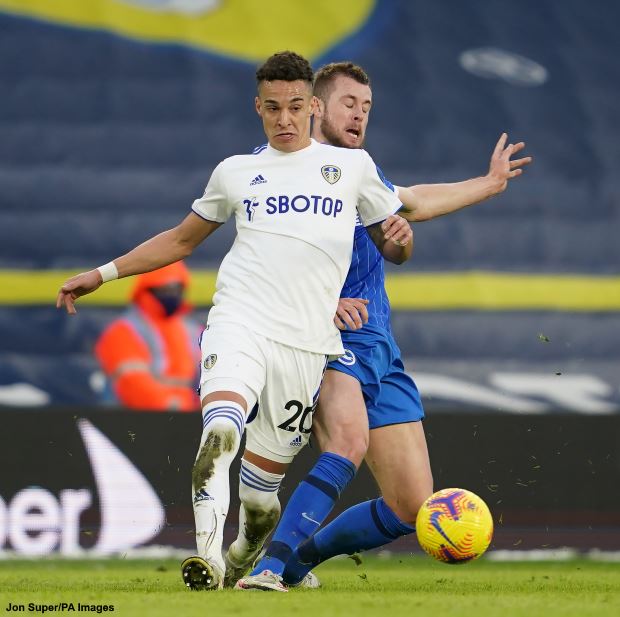 Reflecting on Rodrigo’s debut season at Leeds, former Whites star Whelan explained that the attacker has failed to build on the promising signs that he showed at the start of the season.

The Englishman, who pointed out that Leeds have not seen anything positive from Rodrigo recently, feels the Spaniard’s candle is flickering out.

“He was flowing into his game“, Whelan said on BBC Radio Leeds after the loss at Brighton.

“That little swivel on the ball, that little turn, that outside of the foot flick, crossing and passing and he looked like he is enjoying himself.

“He scored as well from the cross from [Jack] Harrison [against Newcastle].

“Thought ‘Wow, we’ve got a player on here’, but then he has just dwindled out.

“That candle is just flickering and dying out at the minute.

“We’re not seeing any light again from him, that flame that was there at the beginning.“

Having struggled to make an impact at Leeds so far, Rodrigo will be looking to end the season on a strong note and then shine for Spain at Euro 2020.