Jermaine Jenas has hit out at the Manchester United fans who have broken into Old Trafford and disrupted the start of the Red Devils’ scheduled clash against Liverpool, with the game in doubt.

Many Red Devils fans are unhappy with the club’s owners the Glazers, how they are running the club, and their decision to sign the club up for a breakaway European Super League, which later collapsed.

A protest was held outside Old Trafford on Sunday, prior to the Liverpool game, and a number of fans broke into the ground, invading the pitch to express their unhappiness at the club’s ownership. 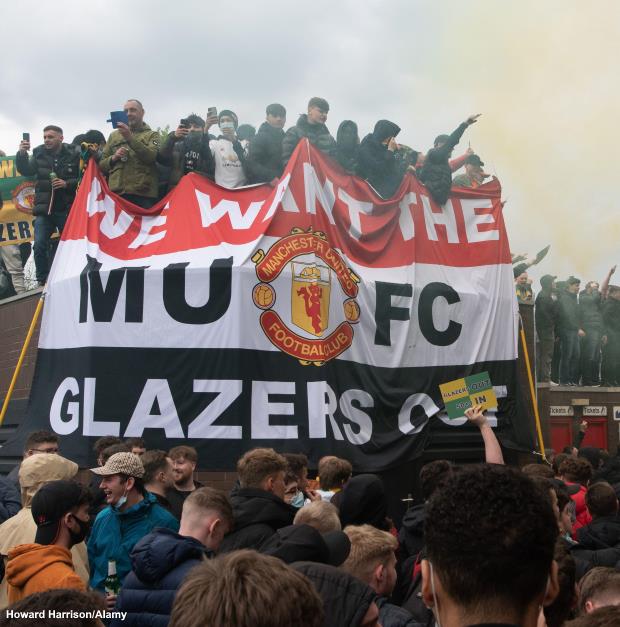 Jenas understands the fans are not pleased with the club’s owners, but thinks breaking into Old Trafford is not the way to go about protesting.

The former Tottenham Hotspur midfielder said on BBC Radio 5 live: “What I’m seeing, I think has gone beyond a peaceful protest.

“If you want to stand outside the stadium then by all means do that, but there’s a section of Manchester United fans that have let themselves down.

“They have their issues with the club and want the owners out, I’m not sure that this is the way to do it.

“From a security element, you can ask certain questions, but I think the people that are there are doing their job to the best of their ability and this goes beyond their pay grade”, Jenas added.

Fans have now left the ground, but it is unclear whether Manchester United’s meeting with Liverpool will be able to go ahead later today.