Rangers legend Mark Hateley is of the view that the lack of teamwork from the likes of Celtic hitman Odsonne Edouard has resulted in their drastic failure in the current campaign.

The Hoops were going for unprecedented glory this season with a tenth Scottish Premiership title in a row on their mind, but saw their season spiral down with a dip in form across the squad.

Celtic, who saw arch rivals Rangers ascend the Scottish throne in the current campaign, lost against the Gers for a fourth time in five meetings in all competitions on Sunday, as they fell to a 4-1 league loss at Ibrox. 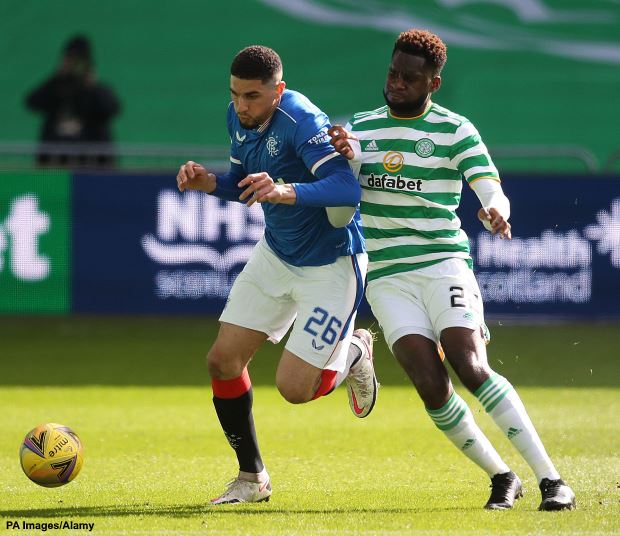 Rangers legend Hateley is of the view that a lack of teamwork and spirit from the likes of Bhoys hitman Edouard played a huge role in their drastic fall this season.

Hateley explained that Edouard lacks hunger to help Celtic when they are not in possession, pointing out that he never works hard for his team.

“[Edouard has been] very poor [this season]”, Hateley said on Ten10 podcasts.

“The team work hard for him and obviously he is a good player when he has got the ball, when he gets into the areas where he can score goals and drop his shoulder and all that, great footwork, but he has to show so much more team effort, team work.

“And that is where Celtic for me have failed drastically this season.”

Edouard has scored 17 goals in 29 top flight outings for Celtic so far this term and it remains to be seen whether he will add to his tally with two games left to play this season.