Manchester City starlet Lukas Nmecha has expressed his strong belief that he has what it takes to break into the senior Germany national team, but acknowledged Chelsea’s Timo Werner, who regularly plays as striker for Die Mannschaft, is not bad at all.

Chelsea hitman Werner regularly leads the line for Germany under coach Joachim Low, although his struggles in front of goal at club level have reduced his involvement in the starting eleven for his country of late.

Citizens Under-23s star Nmecha represents Germany at Under-21 level and is enjoying a strong campaign on loan at Belgian giants Anderlecht, where he has found the back of the net 18 times across all competitions so far this season. 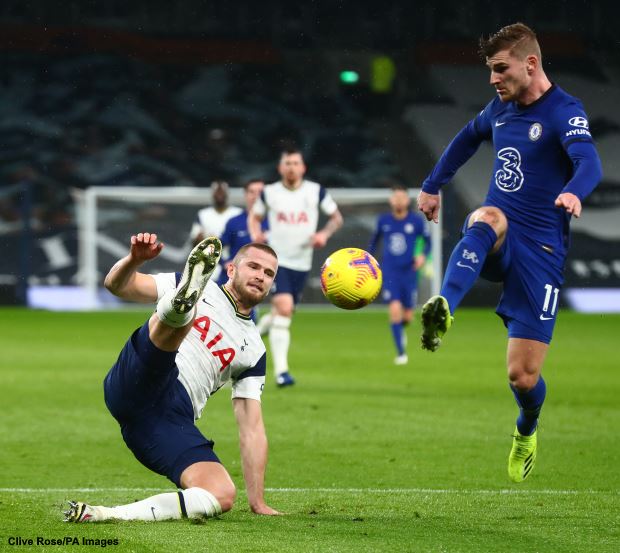 Nmecha revealed playing at senior level for Die Mannschaft would be a dream come true but stressed Werner, who he would be challenging for a place if he makes the leap, is not a bad striker at all.

“We [Germany Under-21s] also participate in the European Under-21s Championship, which is important to me”, Nmecha told Belgian outlet Sporza,

“I also want to shine at the Olympic Games.

“Those are tournaments where I can show myself.

“Of course, Die Mannschaft is a dream.

“Do they need a new striker? Timo Werner isn’t bad either, you know.”

However, Nmecha strongly believes he has what it takes to break into the senior Germany team, but admitted he still has a lot of room to improve.

“I still have to take some steps [to earn a call to the Germany senior team], but I have what it takes.

“This [at Anderlecht] is the first loan [move] that has been successful, so I want to take it step by step.”

Nmecha is currently helping Anderlecht seal a Champions League spot in the Jupiler Pro League Championship rounds, while Werner at Chelsea is helping the Blues seal a top four finish in the Premier League.