Michael Ball is of the view that Dominic Calvert-Lewin being clinical in front of goal in the Premier League this season has papered over the cracks in Everton’s game as they have got results despite not dominating many teams.

Everton are currently eighth in the top flight standings, four points adrift of the top six with five games left to be played in the season.

The Toffees fell to a 2-1 loss against Aston Villa at Goodison Park on Saturday, with their solo goal coming from hitman Calvert-Lewin, his 15th of the season in the league. 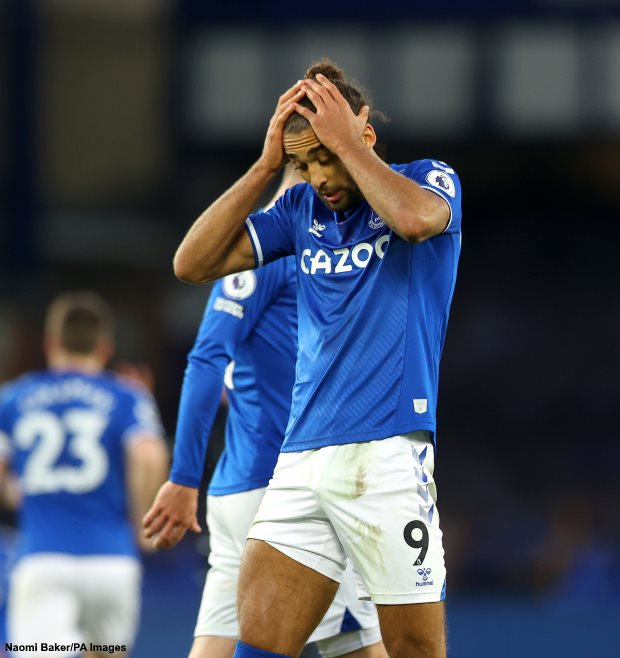 A third of Everton’s top flight strikes have come from Calvert-Lewin this season and former Toffee Ball is of the view that the marksman’s proficiency has papered over the cracks in his club’s game.

Ball explained that Everton have not dominated any opponents this season, struggle to create chances and at times have been shackled by a shocking lack of quality in the final third.

“When we’re in the moments to create goals, we seem to choose the wrong option every time”, Ball wrote in his Liverpool Echo column.

“Richarlison finds himself in loads of space, but then he takes an extra touch or chooses the wrong pass.

“That tells me, when we get into those situations, it’s left to the players to figure out what to do.

“They need to sit down after the game and look at these moments, the lack of quality in the final third is shocking at times.

“This season we haven’t really dominated many teams, we’ve just created one or two opportunities and Dominic Calvert-Lewin has put them away.

“It’s probably papered over the cracks in many performances in the past.”

The Toffees are still in the race for a top six finish and will be determined to close the gap when they take on West Ham United at the London Stadium on Sunday in their upcoming top flight clash.