Don Hutchison feels not many players would have looked as good as West Ham star Michail Antonio did against Burnley after just coming back from an injury.

Antonio proved to be the match-winner for West Ham on Monday night when he scored a brace in their 2-1 win over Burnley at Turf Moor.

The forward missed the last three games for the Hammers with a muscle injury, but started and scored the goals West Ham needed to get the three points and sustain their challenge for a top four spot. 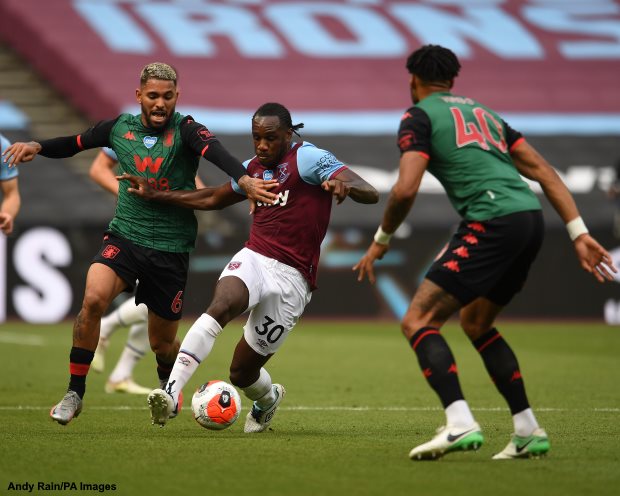 Hutchison lavished praise on the forward and insisted that not many players would have looked as good as Antonio after just getting back on the pitch following an injury layoff.

He also believes that it is testament to the forward’s energy and work ethic that he managed to complete 90 minutes after just recovering from a muscle injury.

Hutchison said on Premier League TV after the match: “Antonio, what a player.

“There are not many players that can come back from an injury, go into an eleven and look like you have not been missing.

“He got 90 minutes under his belt.

“Normally, when you see a player come back from an injury, they last an hour, fade towards the end, but there was no fading with him and he had the energy to burn.”

Antonio is third on the list of West Ham players who have scored the most number of Premier League goals.

Paulo Di Canio and current West Ham captain Mark Noble are ahead of him for the moment.