Rangers legend Barry Ferguson has revealed that he would love to see his nephew and Aberdeen midfielder Lewis Ferguson at Ibrox.

The 21-year-old midfielder’s stock has been on the rise and he is considered by some to be one of the best young midfield talents in Scottish football at the moment.

He is one of the first names on Aberdeen’s team-sheet and there is speculation that one of Scotland’s big two, Celtic and Rangers, will soon try to snare him away from Pittodrie. 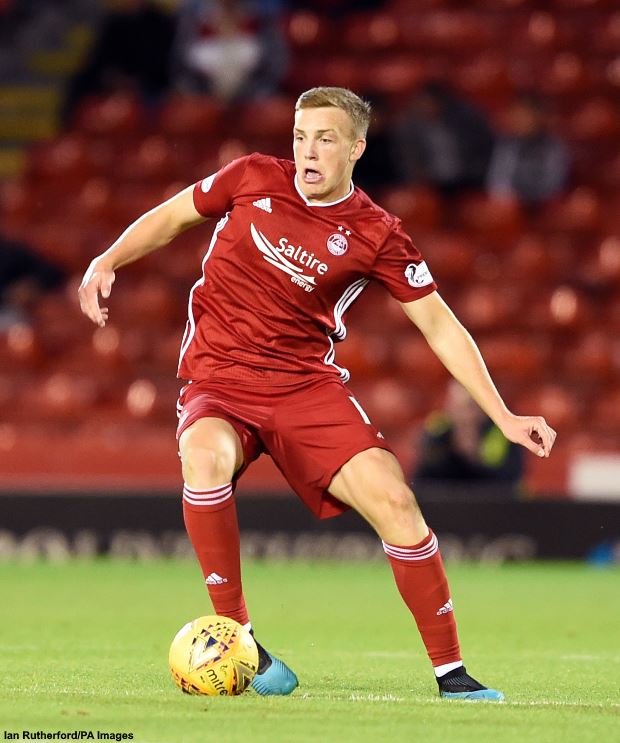 Barry believes central midfield is one area Steven Gerrard will like to strengthen in the summer transfer window as part of his plans.

And he admits that he would love to see Lewis, who is his nephew, end up at his former club.

The former Rangers star claimed that he is more mature than his age suggests and is prepared to graft hard to continue to improve as a player.

Barry said on The Go Radio Football Show: “I don’t mind seeing him there of course.

“I still think he has got a lot of improvements to do, Lewis.

“Over the last couple of years he has matured and he has got an old head on young shoulders.

“He is willing to work really hard in his game but I’d love to see him at Rangers, of course, I would.

“That is one area of the Rangers team that Steven Gerrard will 100 per cent look to strengthen.”

Ferguson has three years left on his Aberdeen contract and the Dons are likely to ask for a significant fee if Rangers make a move for him this summer.