Callum Wilson is of the view that Newcastle United should now be looking to catch the teams above them in the Premier League table and climb as high as they can rather than looking down at the drop zone.

The Magpies are currently 17th in the league table, but are likely to avoid the drop having a nine-point cushion over 18th placed Fulham with four games left to play. 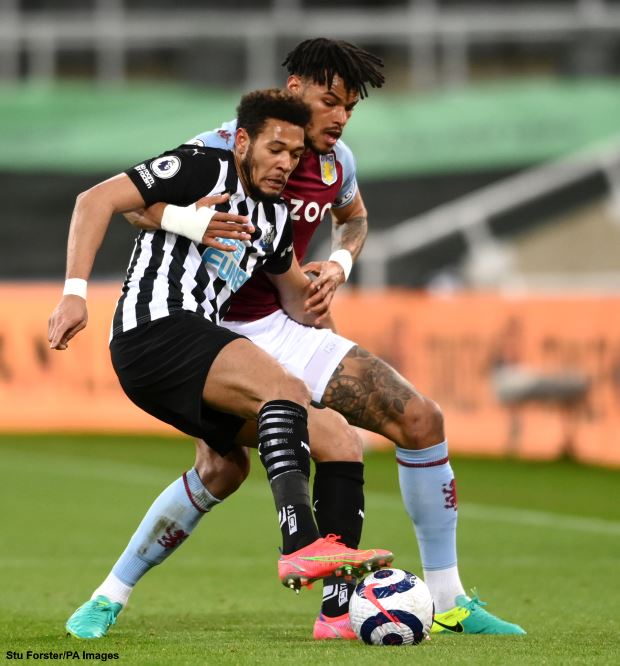 Newcastle hitman Wilson is of the view his team should be looking to finish the season as high up the league table as they can, rather than looking down at the teams below them.

Wilson explained that his club have put in the work in recent weeks to create a gap over the drop zone and should now try to build on that and cap off the season on a strong note.

“If we would have won at the weekend we could have gone to 13th in the league”, Wilson told NUFC TV.

“I think we will have an opportunity to get there if we get one or two more wins throughout the season.

“So, it is just going to be one of those things where you sit back and think, right it was not the season we wanted it to be, but ultimately, we finished 13th or 12th, 14th’.

“So, I think that has got to be the aim now, it is to look up rather than look down.

“We have created a nine-point cushion and now it is about just trying to focus on catching teams above us really.

“Yes, we are still not mathematically safe, but I think for us, we have put the hard work in the last few weeks in terms of making that gap and now it is about looking up and adding more points to that nine points to get that bigger cushion for us.”

Newcastle are back on the road in the top flight on Friday and will square off against top four chasing Leicester City at the King Power Stadium.