Arsenal, Liverpool and Manchester City target Yves Bissouma has not handed in a target request at Brighton, amidst speculation that he wants to leave the club, according to The Athletic.

The 24-year-old has attracted transfer interest from the Premier League’s elite with his performances for Brighton, who he joined from Lille for £15m in 2018.

Arsenal, Liverpool and Manchester City have all enquired about the possibility of signing Bissouma, while French club Marseille are also said to be keen. 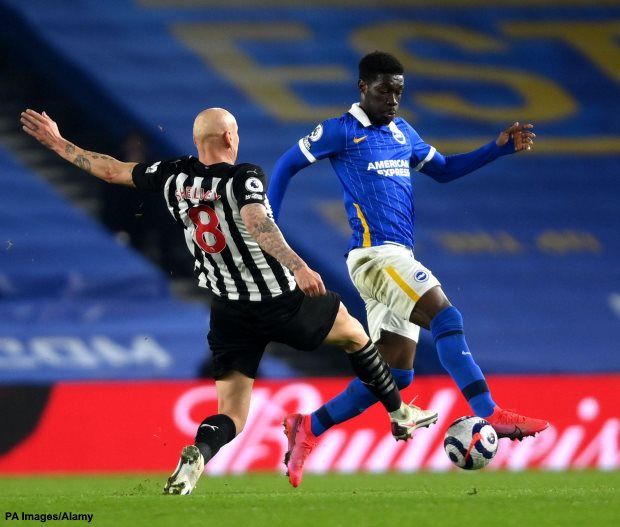 It has been claimed that the Mali international has asked the Seagulls to allow him to leave the club when the transfer window opens in the summer.

As Bissouma continues to be linked with wanting a move away from Brighton though, the midfielder has not handed in a transfer request.

The former Lille star has not asked Brighton to allow him to leave the club at the end of the season, amid speculation that he wants to move away.

However, with Bissouma on the transfer wish list of the likes of Liverpool and Manchester City, he could still be on his way out of the Amex stadium this summer.

The Seagulls value the midfielder at over £40m and could allow him to leave the club if their valuation is met.