Mark Lawrenson is of the view that West Ham United have started to look a little bit leggy in their recent Premier League outings which could result in them falling short in the top four race.

West Ham fell to a third league defeat in four games on Sunday against fellow European spot hopefuls Everton at the London Stadium, with the home team unable to hit even a single shot on target in the 1-0 loss.

Sunday’s loss sees the Hammers remaining fifth in the top flight standings, five points adrift of the top four, casting further doubts on their chances of playing Champions League football next season, with only three games left to play in the current campaign. 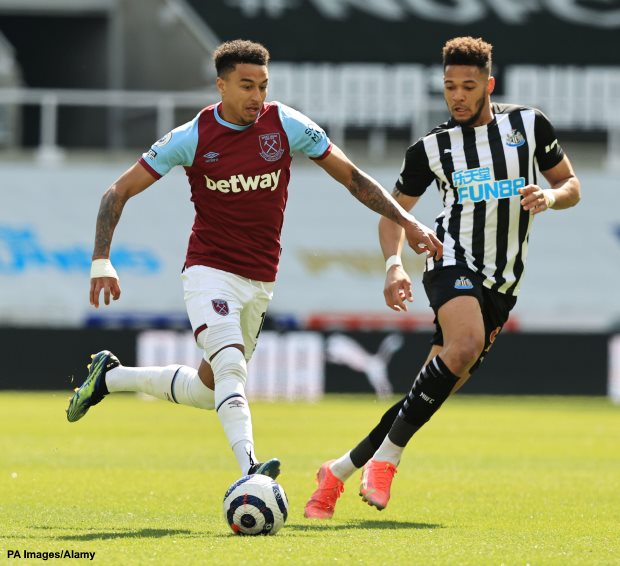 Ex-top flight star Lawrenson is of the view that West Ham have started to look a little leggy on the pitch of late and believes they will not finish the season inside the Champions League spots.

“I just think West Ham will fall short”, Lawrenson told Off The Ball.

“I mean [Jesse] Lingard cannot continue the form that he has had, he has been absolutely brilliant,

“You can argue he has been good for West Ham as maybe [Bruno] Fernandes has been for Manchester United, such a massive, massive influence, scored wonder goals and if he is not scoring, he is creating.

“I just think it feels a little bit like they might have run the race, West Ham.

“They have started to look a little bit leggy as well.

“Yes, I think they might just miss out but the Europa League fine for them, is not it?”

However, Lawrenson feels snatching Europa League qualification would be a great result for West Ham especially when they came into this season after being locked in a relegation battle last term.

“I think the thing with David Moyes, he knows he is up against it to finish fourth.

“But it will be Europa League for West Ham which obviously if he had said at the start of the season, sat down with two owners and said ‘by the way we will definitely get the Europa League, they would have snapped your hand off, I think.”

West Ham are set for a trip to Brighton & Hove Albion at the weekend in the Premier League and will be determined to snatch all three points to get their pursuit of a top four finish back on track.