Garth Crooks has hailed Everton defender Ben Godfrey for his performance against West Ham and insisted that he has grown into a proper Premier League defender since his move to Goodison Park.

Carlo Ancelotti’s side boosted their chances of qualifying for Europe by beating top four contenders West Ham 1-0 at the London Stadium on Sunday.

Starring in the game for the Toffees was Godfrey, who provided the assist for Dominic Calvert-Lewin’s winner and helped his side keep a clean sheet. 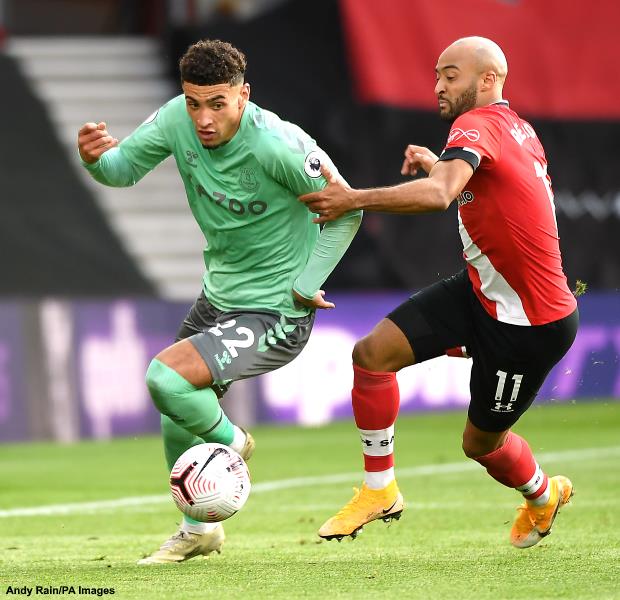 Hailing the defender for his performance, former top flight star Crooks explained that the 23-year-old displayed his ball-playing abilities by setting up Calvert-Lewin for the goal with a pass, which he labelled ‘brilliant’.

Crooks pointed out how Godfrey took charge of Everton’s defensive responsibilities after Yerry Mina was forced off due to an injury and insisted that the Englishman has grown into a proper Premier League defender this season.

“This was an impressive display by Everton at London Stadium and the feature of their game was their defending“, Crooks wrote in his BBC Sport column.

“Ben Godfrey in particular was impressive.

“The defender has made something of a name for himself due to his competitive nature but also has an eye for a pass as he showed, sending Dominic Calvert-Lewin on his way to an excellent finish.

“The ball was brilliant.

“This lad has grown into a proper Premier League defender.

“I also got the impression that Godfrey was not afraid to take charge of Everton’s defensive responsibilities when Yerry Mina went off through injury.“

Godfrey has clocked 32 appearances across all competitions for Everton so far this season, while providing two assists in the process.