Carlo Ancelotti has revealed Everton are yet to take a decision on whether to extend Theo Walcott’s future at the club as his current deal is set to end in the summer.

Walcott is currently playing at Everton’s Premier League rivals Southampton while his contact at his parent club is set run out in the summer.

There have been suggestion that Walcott will not be offered a new deal at Goodison Park after he returns from his loan spell as he is not part of Toffees boss Ancelotti’s plans for the club’s future. 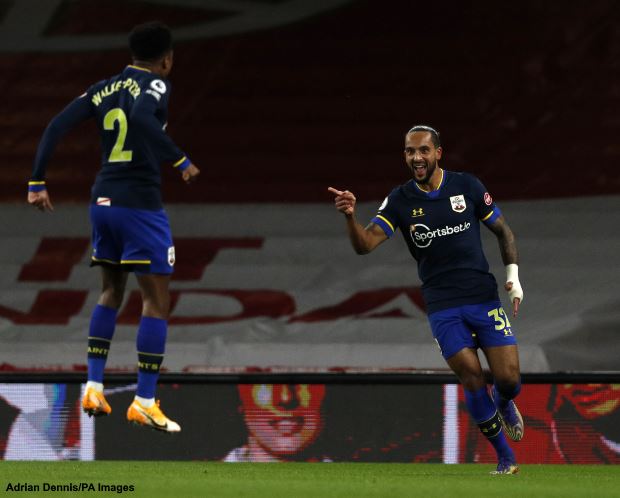 However, Ancelotti has revealed no decisions have been taken over Walcott’s future as he stressed his team will sit down with him at the end of the current campaign and take a decision together.

The Italian added that Everton are keeping a close eye on Walcott’s performances at St. Mary’s, where he has been receiving regular game time under Ralph Hasenhuttl.

Asked whether Walcott is sure to leave Everton at the end of the season, Ancelotti told a press conference: “Honestly we have not thought about this.

“We follow him, how he plays at Southampton and we will take a decision together at the end of the season.”

Walcott has racked up 19 Premier League starts at Southampton so far this season, but missed a chunk of the campaign owing to a hamstrung injury.

He has been on the books at Goodison Park since January 2017, having arrived at the club from Arsenal.