Celtic have named their starting line-up and substitutes for this evening’s Scottish Premiership meeting with St Johnstone at Celtic Park.

Interim boss John Kennedy is looking to lead the Bhoys to two wins from their final two games and the task starts tonight against St Johnstone in what is Scott Brown’s final home game for the club. 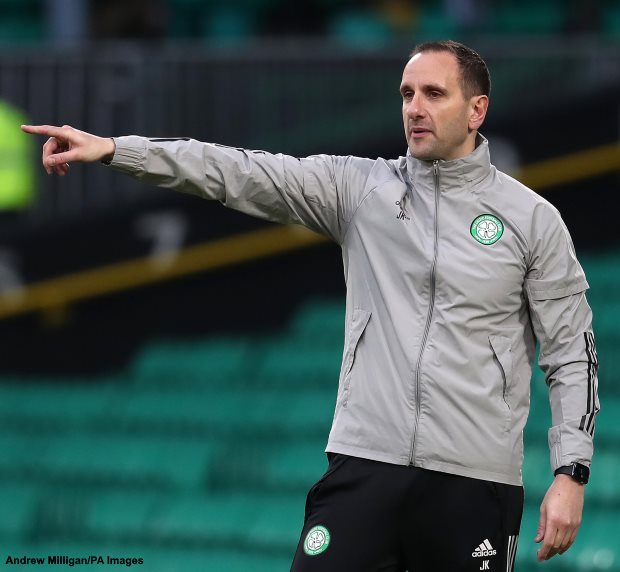 Celtic’s players will also be looking to impress the club’s new manager, who is tipped to be Eddie Howe, as the Bhoys head towards a summer of real change.

The last meeting between the two teams ended in a 2-1 win for Celtic, but the last time the two met at Celtic Park, in December, the spoils were shared in a 1-1 draw.

Brown starts, while Ryan Christie and David Turnbull are given the vote to play. Young Adam Montgomery is selected, while James Forrest will be looking to provide for Mohamed Elyounoussi and Odsonne Edouard.

On the bench Kennedy has options, including Diego Laxalt and Ismaila Soro.