Leon King Is Going To Be Massive – Rangers Legend Impressed

Mark Hateley has expressed his strong belief that Rangers starlet Leon King will turn out become a massive player for the club and stressed they are fortunate he committed his future at Ibrox.

King has made the matchday squad on multiple occasion across all competitions this season, while making his senior debut against Falkirk in the Scottish League Cup back in November.

The 17-year-old came off the bench on Wednesday in Rangers’ 3-0 win over Livingston in the Scottish Premiership, making his first top flight appearance. 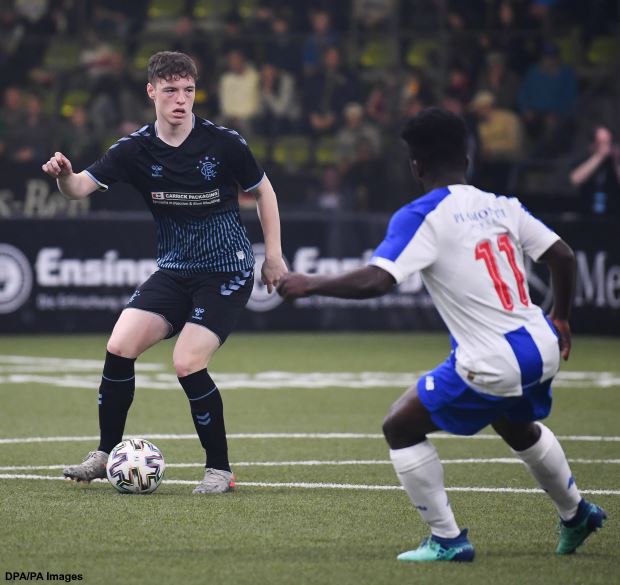 Although King is yet to earn substantial game time in the first team and there is a lot left to be revealed about his quality, Rangers legend Hateley is confident the defender will become a massive asset to the club in the future.

“If you look at that [our bench at Livingston] there is only Leon King there you’ve got that question mark, but Leon King is going to be massive”, Hateley said on Ten10 Podcasts.

Hateley explained that a player will only be in and around Steven Gerrard’s squad if he has genuine quality and King, who has committed his future at Ibrox, with the first team exposure he has had will become a top player.

“Absolutely hundred per cent [young players are in and around the first team because they deserve it].

“They would not be there [if not and] if he was not good enough and that is as plain as I can say.

“I think he must be coming up to 17, just 17 and he is one of them that they all have been after.

“And we are very, very fortunate, I think, that he has committed his future to Rangers.”

Rangers will square off against Aberdeen in their last game of the season at the weekend and it remains to be seen whether King will be handed any minutes against the Dons.