Borussia Dortmund star Jadon Sancho would like to know which club he will ply his trade for next season before the start of the European Championship as he continues to be linked with Chelsea and Manchester United.

Manchester United were interested in acquiring Sancho last summer, but refused to meet Borussia Dortmund’s asking price of €120m for the player.

However, the Red Devils remain keen on the England international and could return to the negotiating table when the summer transfer window opens, though they may face competition from Chelsea, whose boss Thomas Tuchel rates Sancho. 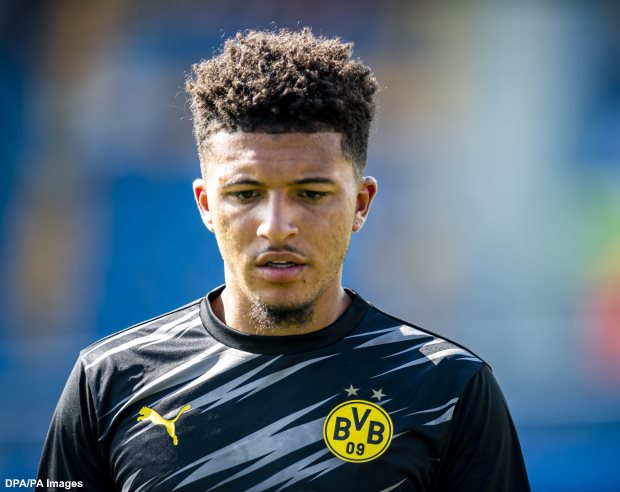 Borussia Dortmund have lowered their asking price for Sancho from €120m to €95m and are expecting to have clarity over his future after the European Championship at the latest.

Though the Bundesliga club are prepared to wait until the end of the European Championship, Sancho would like to know which club he will be plying his trade for next season before the tournament, according to German magazine Sport Bild.

With Sancho wanting clarity over his future at the earliest, it remains to be seen if Chelsea or Manchester United will make a move for him before the European Championship.

Sancho has been included in Gareth Southgate’s 33-man provisional England squad and the 21-year-old will be looking to star in the tournament.

It remains to be seen if Sancho will know where he will be playing his football next season before Euro 2020 kicks off.