He’s Like An Antelope, Can Be World Class – Former Dutch Coach On Liverpool Linked Ryan Gravenberch

The 19-year-old helped Ajax to the Eredivisie title in the 2020/21 season, scoring three goals and providing five assists from 32 league appearances.

Gravenberch’s rise to prominence at the Dutch club has seen him attract transfer interest from several European giants, including Liverpool, who could swoop for him this summer. 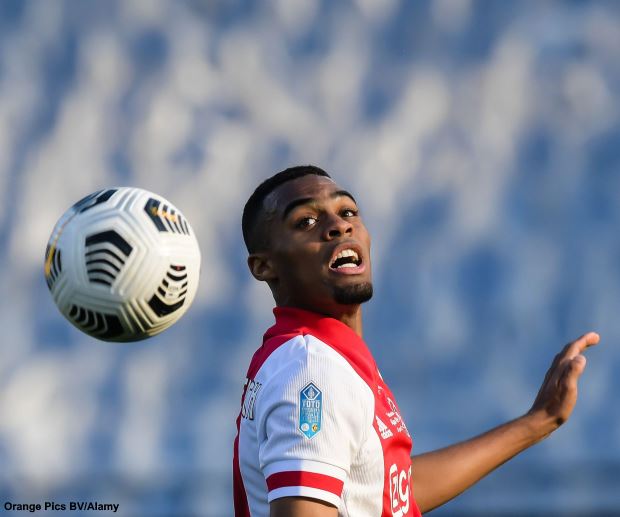 An admirer of Gravenberch, former Dutch coach De Mos explained that the midfielder made strides forward as a player during Ajax’s title run in the recently concluded season.

The 74-year-old insisted that development comes naturally to the Ajax midfielder and is clear that he has what it takes to be a world-class player.

“[Georginio] Wijnaldum is the most refined, [Frenkie] De Jong has been at Barcelona for two years now and Gravenberch naturally picks up on that“, De Mos, assessing the Dutch Euro 2020 squad, told Sport/Voetbalmagazine.

“He has already learned an incredible amount from that first year at Ajax and that development is so natural with him.

“You only see that with the absolute top players.

“He is potentially world-class.“

De Mos feels Gravenberch will be the surprise package of the Netherlands’ European Championship campaign and is of the view that he will be a revelation for the Dutch side.

“You can no longer ignore Gravenberch“, De Mos said.

“He will be the surprise in the Netherlands squad.

“That boy is a sight to behold if you are a football fan.

“He’s [like] an antelope, with coordination and feeling, that’s incredible.

“I think he’s going to be a revelation.

“With De Jong and Wijnaldum by his side, let’s face it, that will be a super dynamic midfield.“

Despite attracting interest from the likes of Chelsea and Liverpool, Gravenberch has been tipped to stay at Ajax beyond the summer.