Rangers have lodged an official bid for Bright Osayi-Samuel, but face waiting until Fenerbahce appoint their next coach to discover if the 23-year-old will be allowed to leave.

Osayi-Samuel signed for Fenerbahce in January this year from Championship side Queens Park Rangers.

He made 18 appearances for the Turkish outfit in the Super Lig this season and scored three goals as well as providing three assists for his team-mates. 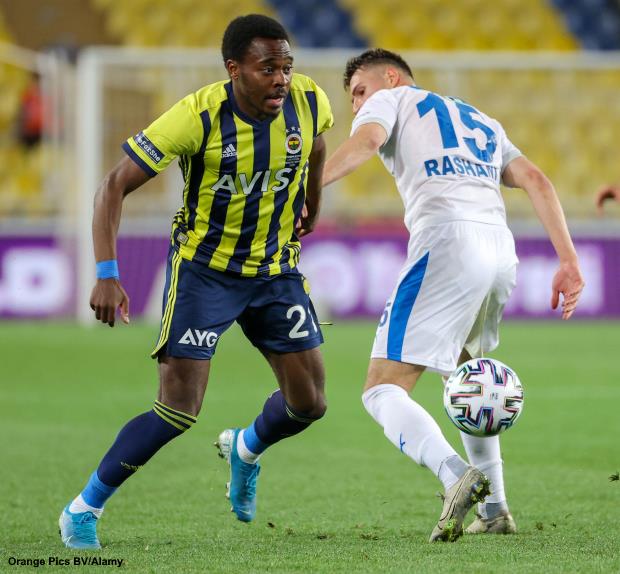 It has been suggested that Fenerbahce might be open to selling the midfielder this summer and he has been linked with several sides, including Celtic and Monaco.

Rangers though have formalised their interest in Osayi-Samuel as, according to Turkish outlet VOLE’s Yagiz Sabuncuoglu, the Gers have gone in with a bid.

It is claimed the Scottish champions have put in a bid for the midfielder, but they face a wait to discover if he will be allowed to leave.

Fenerbahce are currently without a coach and will let the new boss decide whether to let Osayi-Samuel go.

The midfielder came through the youth ranks at Blackpool before being snapped up by QPR in the summer of 2017.