Former Leeds United midfielder David Prutton has hailed Kalvin Phillips’ performance in England’s European Championship opener and insisted that the midfielder showed to others what only Whites fans previously knew about it.

Gareth Southgate’s England side began their European Championship campaign with a 1-0 win over 2018 World Cup finalists Croatia on Sunday.

While it was Raheem Sterling who scored the winner, Phillips received plaudits for his role in the goal, as well as his overall performance in the middle of the park. 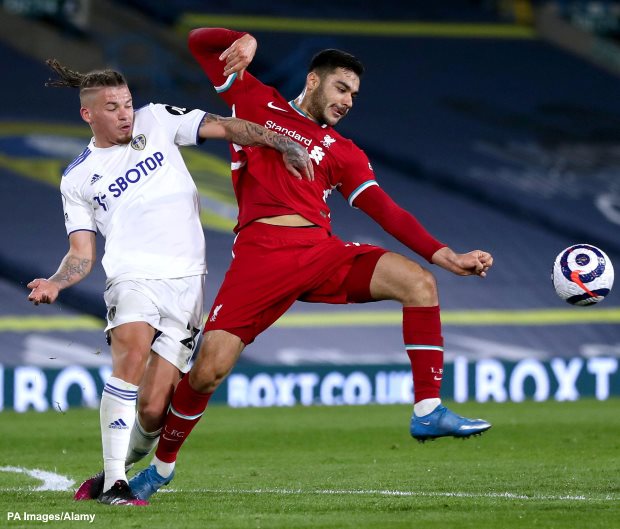 Former Leeds star Prutton was delighted with the 25-year-old’s display and insisted that finding the back of the net is all that was left for him to do in the game.

Prutton explained Phillips showed to others what only Leeds fans knew about him with his performance against Croatia before opining that his display is a cause of pride for everyone associated with the Whites.

“Every single Leeds fan knows what Phillips is about and he showed what perhaps other people hadn’t known about him“, Prutton wrote in his Yorkshire Evening Post column.

“In the grand scheme of what Phillips is capable of, it just reflected all the good things that Leeds fans have known about him since he was getting in and out of the team in the Championship and what he has subsequently done since coming to the Premier League.

“Now he has asserted himself and announced himself on this particular stage in a major international and other than scoring a goal he couldn’t really have done much more.

“It will have been a proud moment for him and his family and for people associated with Leeds and it’s the perfect way to start the tournament really.“

Having impressed in England’s win over Croatia, Phillips will be hopeful of retaining his spot in Southgate’s starting line-up when the Three Lions face Scotland on Friday.