The Yorkshire giants currently have a transfer embargo in place, however they can still sign free transfers or players on loan, as long as a loan fee is not required.

Moore wants to strengthen his squad for the challenge of winning promotion from League One next season and Brunt thinks Hillsborough can help him sign the players he wants. 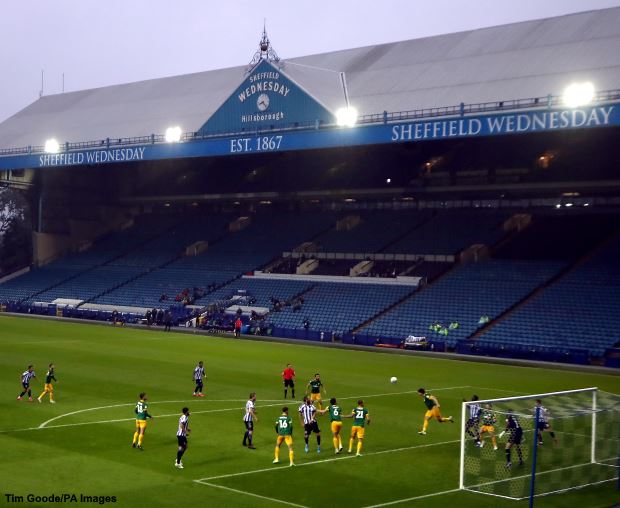 He feels that players will naturally be attracted to the stadium as it is a big arena and a historical ground in English football; Brunt did though note that Sheffield Wednesday’s training ground is a little small.

“That’s one of the biggest things”, Brunt told The Star.

“You drive up to the ground, see the stadium, it’s awesome.

“The training ground hasn’t changed since I got there, it’s still a little bit small for that level of football, but the stadium is a massive pull.

“You can’t walk down to Hillsborough and not have that wow factor, that proper English football stadium feel.

“That’ll be a huge factor for a lot of players at that level.”

Sheffield Wednesday will find themselves in competition with a host of heavyweights as they look to win promotion, with Sunderland, Portsmouth, Charlton Athletic, Wigan Athletic and Ipswich Town all in League One.