Bundesliga giants Bayer Leverkusen do not want to sell Aston Villa and Everton target Leon Bailey for any fee they feel is below his market value this summer.

The 23-year-old winger has two years left on his contract, but has been heavily linked with a move away from Leverkusen in the ongoing transfer window.

He has admirers in the Premier League, with Everton believed to be considering signing him as part of their plans to bring in another wide man. 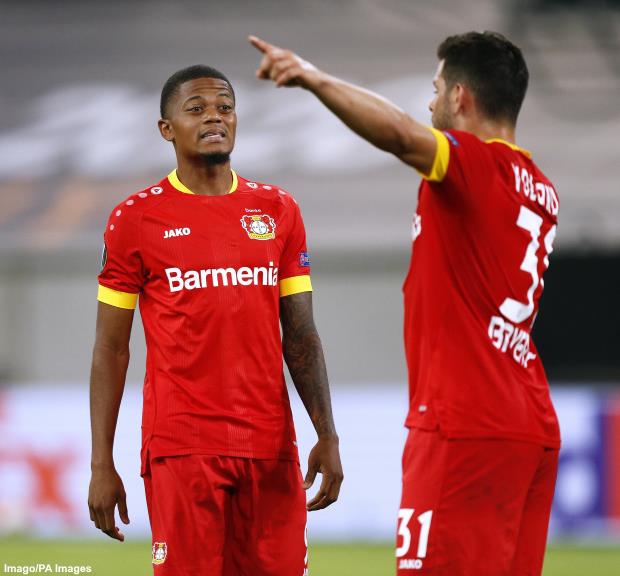 It has been claimed that Bailey also has an offer on his table from Aston Villa, who are keen on getting their hands on the winger.

But according to Sky Deutschland, Leverkusen are in no mood to sell him for a figure less than his market value at the moment.

Bailey is keen to leave the club and Leverkusen also believe it would be better if they part ways this summer.

However, he is rated at €39m and Leverkusen do not want to sell him at a knockdown price in the ongoing transfer window.

It remains to be seen whether any club want to pay that kind of fee for the Jamaican winger in the current financial climate.