Former Rangers academy starlet Matty Yates has revealed that he was expecting Kai Kennedy to get a chance in the Gers first team this season.

Rangers loaned out the 19-year-old winger to Dunfermline this summer and there is also talk of him attracting serious interest from clubs in England.

Kennedy was on loan at Raith Rovers last season in the Championship and made a big impression in the second tier of Scottish football. 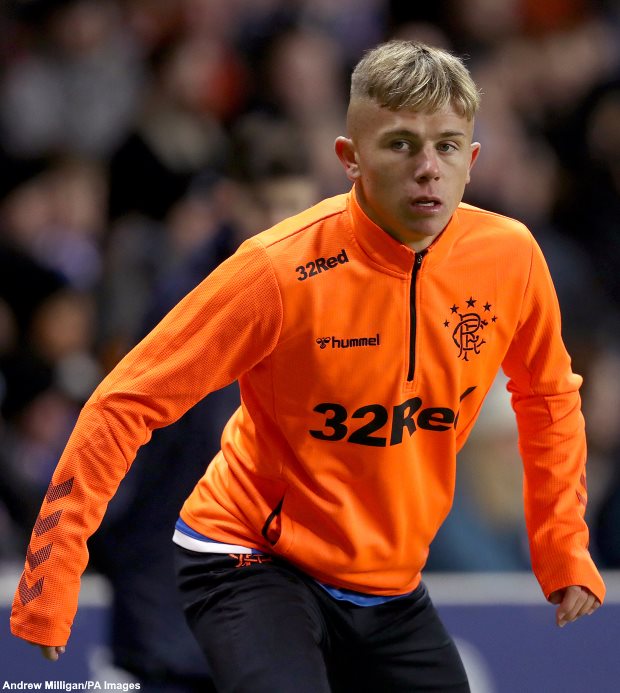 Yates, who was released by Rangers in January last year, felt Rangers could have done more with Kennedy this season.

He pointed that he did well in the Championship, but was again loaned out instead of given an opportunity in the first team, which he deserved.

Yates played with Kennedy in the Rangers academy and lavished praise on his ability on the ball and the skills he has to leave defenders gasping for breath.

The former Rangers youth star told The Athletic: “Rangers were good to me but they’re bad for progressing boys into the first team.

“They send a lot of people out on loan but Kai Kennedy tore up the Championship and he’s out on loan again.

“I thought when Kai made his debut with Nathan [Patterson] he’d get his chance but he hasn’t yet.

“Hopefully, he gets it soon as if he gets a few games he would show people.

“For a wee guy, you can’t get the ball off him. He’s so stocky. He reminds me of how Lionel Messi is, he’s just brilliant.

“He’s not the fastest but if he gets away from you, you’re not catching him after those couple of yards.”

Kennedy will hope to further impress at Dunfermline and give Steven Gerrard some food for thought next year.