Aston Villa are monitoring Todd Cantwell’s situation at Norwich City while they continue talks with Bayer Leverkusen over their winger Leon Bailey, according to the Daily Express.

The Lions are keen on further bolstering their attacking options in the ongoing transfer window and are in talks with Leverkusen for Bailey.

However, they could lose one of their creative cores of the squad in the coming days with Manchester City having slapped in an astronomical £100m bid for Jack Grealish. 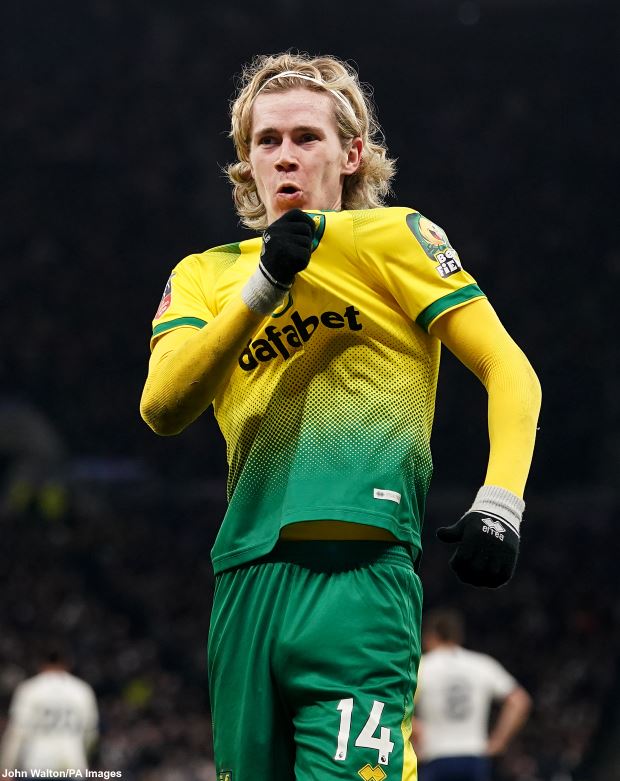 Aston Villa failed with attempts to snap up Arsenal’s Emile Smith Rowe earlier this summer with him ultimately extending his stint at the Emirates Stadium, while Southampton have also rejected the Villans bid for James Ward-Prowse.

And the Midlands outfit are now also keeping a close eye on Norwich midfielder Cantwell.

Aston Villa already lured away Emiliano Buendia from Carrow Road this summer and could try to seal a double swoop from the Canaries in the coming weeks with Cantwell also in their sights.

However, it remains to seen whether Norwich will let Cantwell leave in the ongoing widow given that they already lost one of their creative players in Buendia, should the Villans make a move for him.

All eyes will be on how Aston Villa proceed with their transfer business in the coming weeks with the club currently linked with a clutch of high profile exits and incomings.