Pablo Hernandez has insisted that his last season at Leeds United did not change his opinion on Marcelo Bielsa and stressed that he remains grateful for the improvements the Argentine brought to his game.

Bielsa and Hernandez did not see eye to eye last season as the Spaniard became increasingly peripheral in the squad following playing a major role in getting Leeds promoted.

The attacking midfielder eventually left at the end of the season and joined his boyhood club CD Castellon in the third tier of Spanish football this summer. 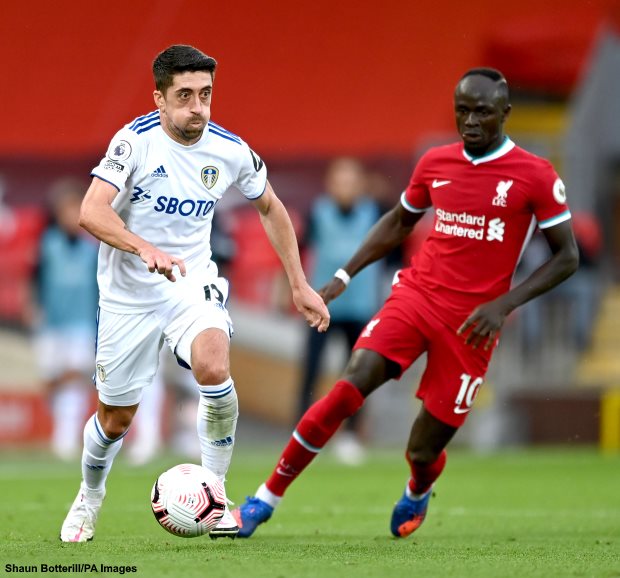 The 36-year-old stressed that he still spoke with Bielsa despite their differences and stressed that last season did not change his opinion on the Argentine and the effect he had on Leeds.

Hernandez feels that Bielsa changed the dimensions at Leeds and it is clear what the team achieved under his tutelage in the last three years.

He conceded that it is hard to work under the Argentine as he demands complete dedication to his methods, but admitted that Bielsa definitely improved his game despite him being in the twilight of his career.

“I talked with Bielsa at times”, Hernandez told The Athletic.

“I respect him a lot and I have to say this — the situation last season doesn’t change my opinion of him.

“He’s a great manager and he changed so much at Leeds.

“He changed everything and you see what we achieved with him.

“It doesn’t matter what happened with me.

“I just felt I deserved to play more last season and I wasn’t happy with my role. That was my feeling.

“Bielsa is hard to work with.

“He demands a lot but the players understand that if they follow him, if they do what he wants and suffer on the pitch, the results will be there.

“He changed my style and he improved me, especially in the first year.

“So I repeat — I won’t change my opinion about him.”

Bielsa has developed into a cult figure in the city of Leeds and has a road named after him in the Yorkshire town.