Fiorentina president Rocco Commisso has insisted that he has not set an asking price for Manchester City and Tottenham Hotspur target Dusan Vlahovic.

The 21-year-old striker’s future has come under the scanner with recent speculation suggesting that he will be on his way out of Fiorentina before the end of the transfer window.

Atletico Madrid have tabled a €70m bid for him and the Serbian is believed to be keen on the move to the Spanish champions this summer. 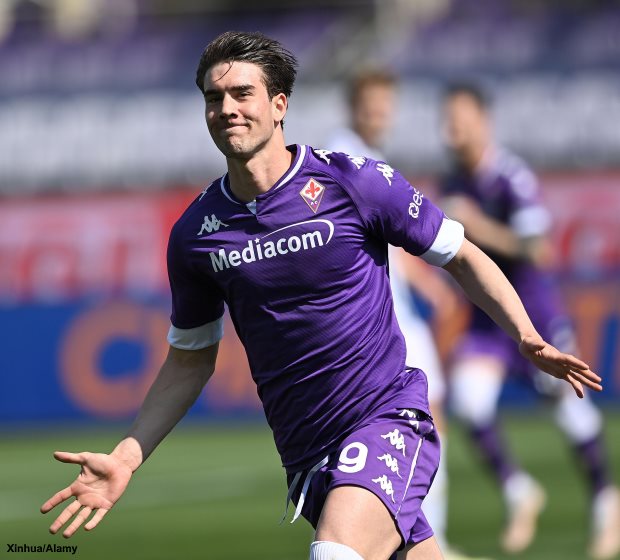 But Commisso stressed that he has not put Vlahovic on the market and has placed a big new contract offer on the striker’s table.

He told TGR Rai Toscana: “I didn’t put Vlahovic up for sale.

“On the contrary, we made him a big renewal offer.”

Tottenham are believed to have backed out of the talks for Vlahovic as they expect Harry Kane to stay.

But Manchester City are now said to be pushing to land him and are prepared to offer €80m this summer.

Commisso conceded that there are teams who want Vlahovic, but says there is no asking price for him and the Fiorentina president reiterated his desire to keep him at the club for one more year.

“There are teams interested in him but I have not put a price on him.

“I want him to stay for one more year.”