Tomas Pekhart, Josip Juranovic’s ex-Legia Warsaw team-mate has backed the Celtic new boy to perfectly fit into the Scottish style of play with the physical attributes and skillsets he brings to the table.

Legia Warsaw striker Pekhart only played together with full-back Juranovic for one season, but the two developed good chemistry on the pitch, especially when it came to attacking.

Juranovic left the Polish side to join Scottish Premiership side Celtic last month and made his debut in a 1-0 loss league loss away at Rangers. 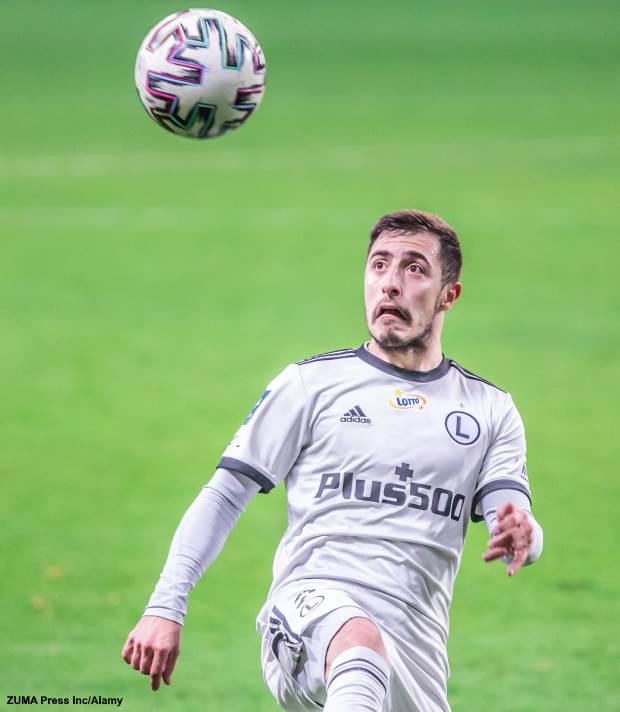 Although Juranovic’s Hoops spell has started on a low note, his ex-Legia Warsaw team-mate Pekhart has backed him to shine in Scotland and has tipped him to perfectly adapt to the style of football at his new club.

Pekhart highlighted Juranovic’s crossing ability which he feels can cause a lot of trouble for the opposition, with the Celtic man constantly initiating marauding runs up and down the flanks.

“Josip is quick and he’s strong for his size”, Pekhart told Glasgow Live.

“He can play a number of positions on the pitch, sometimes he played central defence, right-back and half-back.

“He’s constantly running up and down and his strength is his crossing.

“He was very useful in our play, especially for me, we played with wing-backs who would put in incredible balls and I was happy to play with him.

“I played a lot with him and I think he will pass perfectly into the Scottish and UK style of play.

“He’ll put in a lot of crosses and I think he can be very good in this country.”

Juranovic will be hoping to earn his first league win for Celtic soon as he continues to settle into life in Glasgow.