Rangers first team coach Michael Beale has insisted that the Gers owe a debt to the academy after they helped the side to hold off Alashkert in the Europa League amidst a crisis in the squad.

The Light Blues faced a crisis in the squad when manager Steven Gerrard and several players, including James Tavernier, Ryan Kent and Allan McGregor were forced to self isolate ahead of their Europa League trip to Alashkert.

In the absence of several key members of the team and staff, Rangers called upon coaches and players from the academy for their clash against the Armenian outfit. 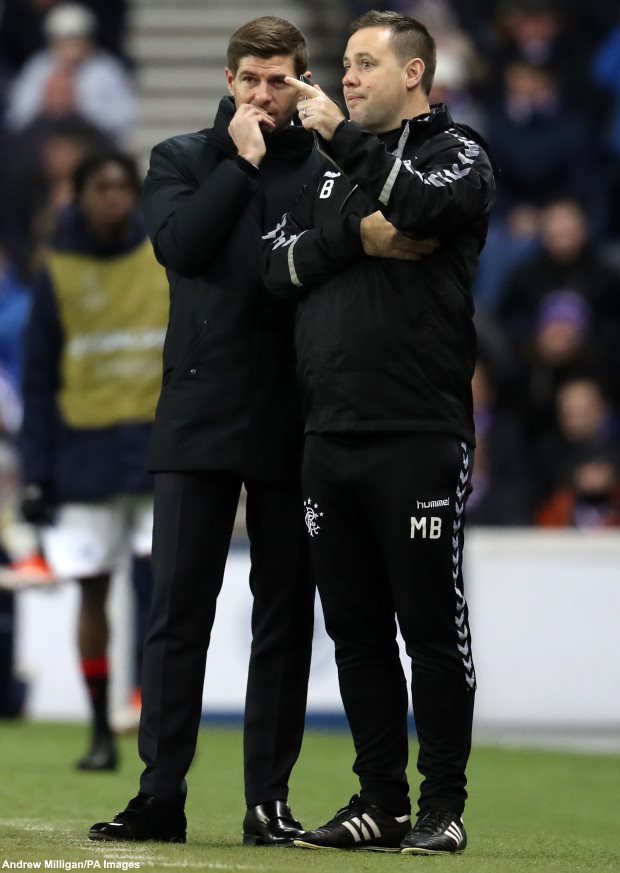 Relatively inexperienced Robby McCrorie started in goal, while the likes of Jay Hogarth, Alexander Iowry and Cole McKinnon were named on the bench as the Gers went on to beat Alashkert 1-0 on aggregate.

Rangers first team coach Beale was left impressed by the work of those from the academy and insisted that the Gers owe a debt to them for helping them earn a place in the Europa League proper.

Beale also heaped praise on the senior players who were still available for showing the right attitude as they went on to beat Celtic at Ibrox after earning the win against Alashkert.

“The B team staff that came and worked up, the gents from the academy, I thought, were fantastic“, Beale told Rangers TV.

“It is not easy for them, coming into a European away game, a game that meant so much to the club, the group and the staff and they came in and did every so well.

“And then going straight into the Old Firm, the first Old Firm for a long time with full capacity in the stadium and a lot riding on the game.

“I owe a lot of debt to them, the club do because they came up and did really well and they helped.

“I thought they dealt with a very difficult away trip and the heat, unless you were there it was very hard to understand how difficult that game was.

“And then within 48 hours, they are home preparing and I thought they put in a fantastic effort, fantastic performance.

“They showed all the things we want from them, nothing is to do with tactics and technical aspects, more down to the human element, around being together, working hard, showing some unity, being all in, real integrity and honesty in their performance.

“And then the other things come to the fore, but it is important that you have and display those qualities every single day.“

Having navigated through a tricky spell, Rangers, who returned to action following the international break with a 2-1 win over St. Johnstone, will now be looking to get back on track.

Rangers Fail With Fresh Bid To Take Target To Ibrox

Rangers Yet To Meet Asking Price For Star, Club Clear On Fee Needed