Huddersfield Town star Harry Toffolo has joked he locked Terriers team-mate Lewis O’Brien in his basement amidst interest from Leeds United and explained that he is not surprised the midfielder attracted significant interest.

O’Brien was the subject of serious interest from Premier League club Leeds in the recently concluded transfer window, with the Whites approaching Huddersfield with no fewer than four bids.

Leeds’ fourth and highest offer for the 22-year-old stood at £13m, but the Terriers turned the proposal down after being unimpressed by the structure of the deal. 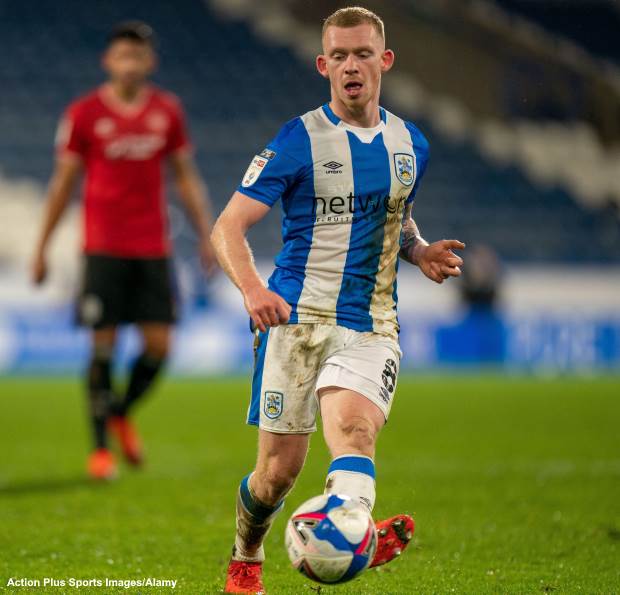 O’Brien ended up staying put after Leeds and Huddersfield could not reach an agreement and Terriers left-back Toffolo is delighted to see the Englishman remain at the club.

Toffolo joked that he was convinced O’Brien would not leave after he locked him up in his basement, but went on to admit that he is not surprised to see the midfielder, who he feels is Premier League quality, attract significant interest.

“It’s a huge thing [O’Brien staying in relation to his own future]“, Toffolo told Yorkshire Live.

“I think I locked Lewis in the basement so he was going nowhere.

“No, Lewis is a great player and there is no surprise that he’s received so much interest.

“I’m sure he’ll kick on and inevitably play in the Premier League, hopefully with Huddersfield Town.

“But he will play in the Premier League.“

There have been suggestions that Leeds, who are winless in the league this term, could return for O’Brien in the winter transfer window, but it remains to be seen if they will rekindle their interest in the midfielder.