Simon Grayson has expressed his concern over Leeds United star Diego Llorente’s ability to handle the physical demands of the Premier League, with the centre-back having picked up another injury in the Whites’ latest outing.

The Spaniard arrived at Elland Road last summer but missed huge chunks of last season owing to injuries, although he became a fixture under Marcelo Bielsa towards the business end of the campaign.

Llorente started for Leeds in their 3-0 top flight defeat at home to Liverpool on Sunday, but was forced off the pitch in the first half as he picked up an injury. 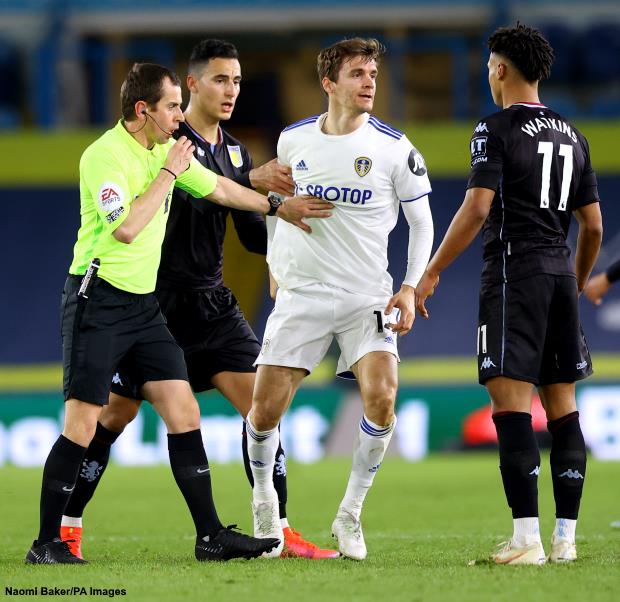 Former Whites boss Grayson has expressed his concerns over Llorente’s ability to handle the cut and thrust of Premier League football after suffering yet another injury in Leeds colours.

Grayson added that the centre-back’s injury setback is not an ideal situation for Leeds, as they are struggling to get a proper partnership going on then heart of defence.

Asked whether he thinks Llorente’s injury record is a cause for concern, Grayson said on BBC Radio Leeds: “Yes, look you want robust players, do you not, in the Premier League?

“You have to be robust because of the physicality of it all, the physical data that you get, the players, the distances they cover.

“Some players can be unfortunate, they just pick up injuries and then by the time they go again, they have got another one.

“And yes, it is not ideal because you are trying get partnerships developing.”

With Pascal Struijk currently suspended, and Robin Koch yet to recover from fitness issues of his own, Bielsa could turn to Luke Ayling or Kalvin Phillips to partner Liam Cooper in the backline when Leeds return to league action on Friday against Newcastle United, if Llorente remains sidelined.