Aston Villa loan star Wesley has revealed he is hungry to get back to the pitch and score goals for his current side Club Brugge.

Wesley moved to Villa Park in the summer of 2019 in a club-record £22m move but was sidelined for 15 months during his Lions spell owing to a serious injury he suffered on New Year’s Day 2020.

The striker returned to Club Brugge this summer on a year-long lean deal as Aston Villa boss Dean Smith wanted to send him out to clock up regular minutes. 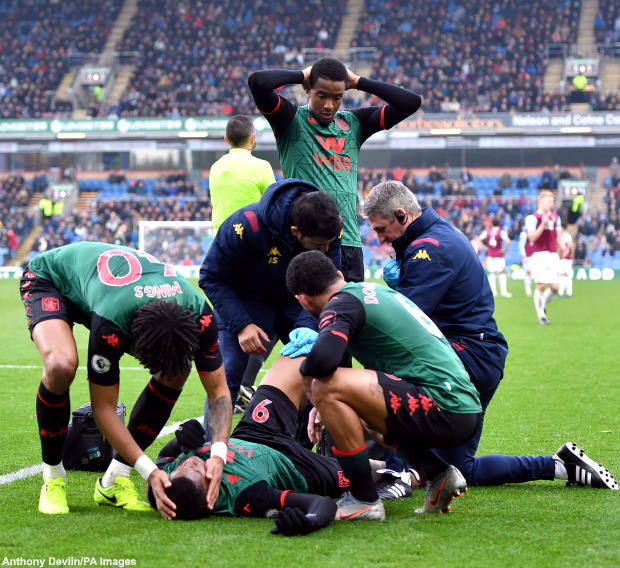 Wesley has revealed he is very hungry to return to the pitch and start playing for the Blauw-Zwart again after going through a tough spell at his parent club Aston Villa.

The Brazilian revealed that he loves playing for Club Brugge and insisted he cannot wait to open his account for them and start celebrating with the fans.

“I can’t wait to get back on the field.

“When the time comes, I will be very emotional.

“Club [Brugge] have done everything to help me play.

“I can’t wait to score and celebrate with the fans.”

Aston Villa will be keeping a close eye on Wesley’s progress in Belgium, as Smith sees him playing a role under him at Villa Park in the long run.

It’s Not The First Time – Leeds United Star Confident Whites Can Cope With Injuries There’s No Better Place To Develop Than Leeds United – Whites Starlet Potential, Top Performance – Jurgen Klopp Gives Liverpool Debut Boy Seal Of Approval We Must Be Smarter But I Believe In This Team – Arsenal Star Hails Win At Burnley