Jorginho’s agent Joao Santos is of the view that based on achievements alone the Chelsea midfielder deserves to win the Ballon d’Or.

Jorginho’s stellar season last term was capped off by a Champions League triumph and he then went on to win the European Championship with Italy; he also picked up the European Super Cup last month.

He made nearly 45 appearances for Chelsea last season, being their top goalscorer in the league with seven goals, while at the European Championship he played nearly every minute for the victorious Italian team. 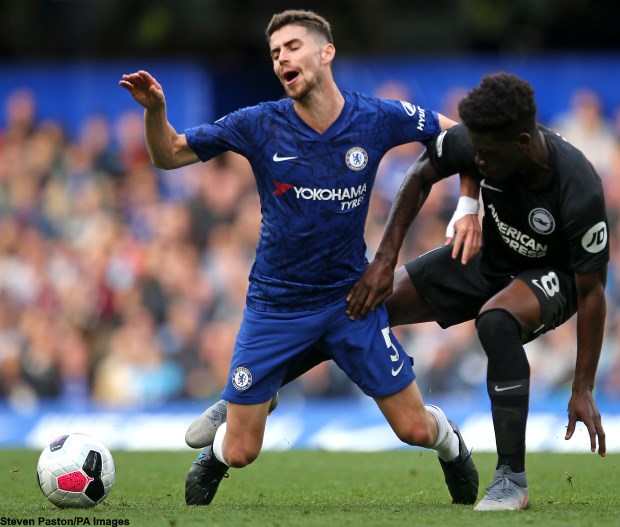 Santos believes that as the award is based on merit, Jorginho should be a shoo-in for the coveted Ballon d’Or.

The trio of European trophies won by the midfielder, as a vital player as well in those triumphs, make him deserving of the award, according to Santos.

“It [Ballon d’Or] is awarded based on merit”, the agent said on Italian radio station Radio Kiss Kiss Napoli.

“Jorge is the player who has won the most in a calendar year – the Champions League, European Championship and European Super Cup as a key player!

“He would deserve it.

“He also received the best player in the Champions League award yesterday.”

Jorginho has already won the UEFA Player of the Year Award this year and if he wins the Ballon d’Or he would be the first Italian to win it since Fabio Cannavaro in 2006.