Simon Jordan has insisted that Liverpool midfielder Harvey Elliott had no business saying anything about the FA rejecting Leeds United’s appeal to have Pascal Struijk’s red card rescinded.

Elliott suffered a horrible ankle dislocation after he was tackled by Leeds defender Struijk last weekend and the Leeds man was sent off for his challenge.

Leeds appealed the red card and many felt that the defender would get a reprieve as some felt there was no malice in the challenge. 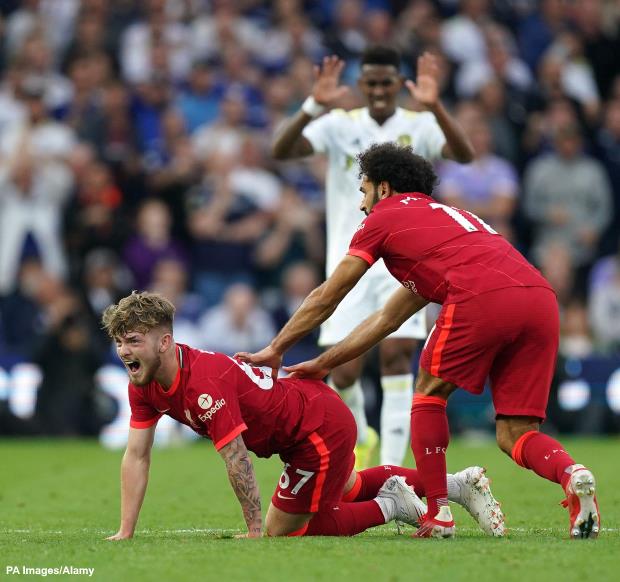 However, the FA upheld the referee’s decision and Elliott waded into the discussion, indicating that it was not a red card offence.

However, Jordan is unhappy at the way the Liverpool youngster gave his opinion and insisted that the player must respect the decisions of the referee and the due process the whole appeal went through.

He feels there should be a certain amount of respect reserved for referees and the authorities, and stressed that Elliott is not supposed to decide what kind of sanctions Struijk should be facing.

Jordan said on talkSPORT: “We ask for a cultural change in football from the way that fans behave on the terraces to the respect to the referees.

“What happened to the respecting of a decision? There is an authority and a line of communication that you have to adhere to whether you like it or not.

“If someone asked Harvey Elliott and that’s fine as you can’t criticise someone for answering a question.

“If you start volunteering information you are getting into the territory of why did you need to do this? You have got to respect the reality of the game, sometimes things are not right or perfect.

“And sometimes I just think players have a little bit too much to say for themselves.

“We need to build a culture of professionalism in referees and we need to recognise their authority.

“I am saying it is not Harvey’s gift to question the authorities that make decisions based upon their very best intentions.

“He said to everybody that he is absolving the player of any responsibility of the injury, he is now criticising the sanction.

“His view is that the sanction is too stringent but who determines the sanctions should be? The bleeding players?”

Leeds now will be without the defender for their next three games as Marcelo Bielsa looks to help his side recover from a slow start to the season.