Former Rangers star Greg Docherty has insisted that Ryan Jack will make sure that he will slot straight back in once he is back from a lengthy injury layoff.

It has been close to seven months since Jack played for Rangers as a persistent calf injury forced him to go for surgery to fix the issue.

The midfielder had surgery on his upper back, which was seen as connected to his recurring calf problems and now he is on the road to recovery. 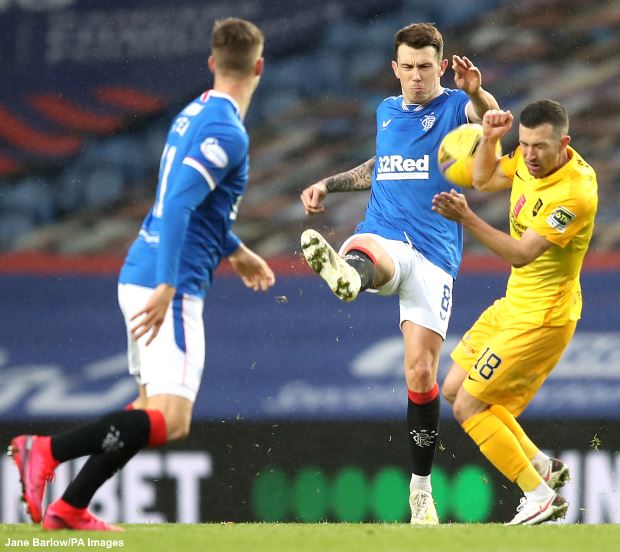 Steven Gerrard was keen to have him back for pre-season but Jack is only expected to go into light training in the next few weeks as he prepares to get back into action for Rangers again.

And Docherty believes once Jack is fit to play, he will slot straight into the team as he insisted that Rangers will place their trust in his former team-mate.

He conceded that the mental aspect of injuries is hard to quantify, but stressed that the Rangers midfielder knows his body and he will push and back himself to get straight back into the thick of things.

“They put faith in him because they know he is going to perform”, Docherty told The Athletic.

“He can come back from a bad injury and he’ll just roll fully straight back into it.

“He doesn’t have that fear of breaking down again but mentally that can be pretty hard when you’ve got niggly injuries and you’re wondering about pushing yourself.

“If Jacko was in with the physios for four days, trained for one day and the game was on the sixth day, the staff would have that confidence to put him straight back in and he’d still be one of your most consistent performers.

“He’s good at knowing his body and what he has to do.

“Because of that, he can get through games without it looking like he has broken sweat.”

Jack has featured 130 times for Rangers and was a key part of Gerrard’s team before he got injured.