Greuther Furth coach Stefan Leitl has labelled Rangers loan star Cedric Itten a target-man and explained that the Bundesliga have not had a player like him in their squad before.

Having put pen to paper on a season-long loan deal, Itten made his debut for Greuther Furth, who have the option to make the striker’s move permanent, against Wolfsburg last weekend. 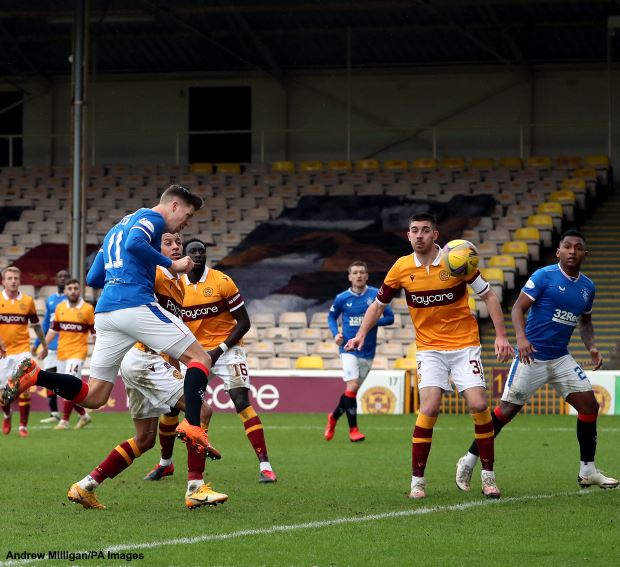 While the Switzerland international could not help Greuther Furth prevent a 2-0 defeat to the league leaders, he impressed coach Leitl with his attributes as a centre-forward.

The German tactician has labelled Itten a real striker and explained that Greuther Furth have not had a player like the Rangers loan star in their squad before.

“We haven’t had a player like Cedric Itten in the squad yet, a real striker and target player“, Leitl was quoted as saying by German regional daily the Nurnberger Nachrichten.

While Itten has been brought in to strengthen Furth’s strike force, Leitl is aware of the need for the side to be defensive to avoid relegation from the top flight this term.

“That [being defensive] will be the way to survive in the Bundesliga“, Leitl said.

“And if we need that again in the next game, we will do it again.“

Having joined Greuther Furth on loan until the end of the season, Itten will be hopeful of helping the side retain their Bundesliga status, while also adding to his goalscoring tally.