West Ham United new boy Nikola Vlasic has revealed he is enjoying his boss David Moyes’ football philosophy, which he feels is rooted in attacking football.

Vlasic arrived at the London Stadium from Russian side CSKA Moscow on deadline day of the recently concluded transfer window, adding to Moyes’ options in the middle of the park.

The Croatian made his first start for West Ham on Thursday in a Europa League in a 2-0 win against Dinamo Zagreb and is increasingly adapting to Moyes’ style of play. 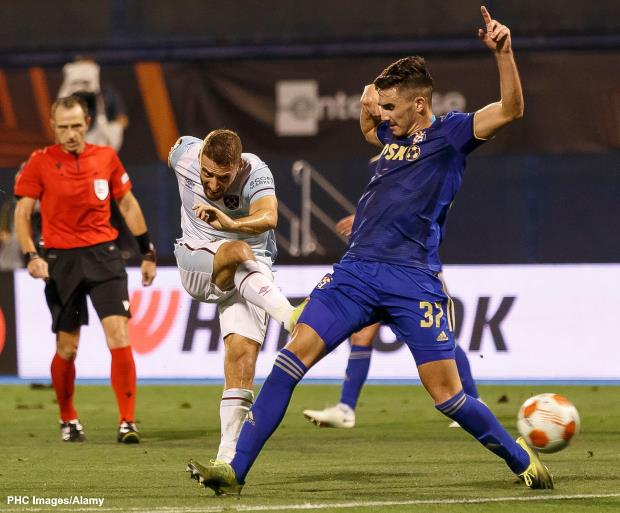 Vlasic has revealed he is enjoying the Hammers boss’ philosophy of attacking football and stressed his aim is to have along career at the London Stadium.

The midfielder added that it was an easy decision for him to sign for West Ham this summer as soon as he heard they were interested in acquiring his services.

“I’m back at the start of a journey and every game, every training session is about proving myself”, Vlasic told Standard Sport.

“I’m here only seven days and I hope I will be here a long period of time.

“The philosophy of the coach is very good — attacking football — and I enjoy it.

“It was a no-brainer for me when I heard about their interest.

“It was an easy decision.”

West Ham are set to host Manchester United on Sunday in the Premier League and Vlasic will be hoping he will be handed his home debut.