Andy Carroll has admitted that he was surprised that Newcastle United did not offer to keep him as he wanted to continue at St. James’ Park this season.

The 32-year-old striker is without a club after Newcastle did not offer him a new contract at the end of last season.

Carroll was a bit-part player at Newcastle last season and the club chose to let him leave, removing his salary from the wage bill. 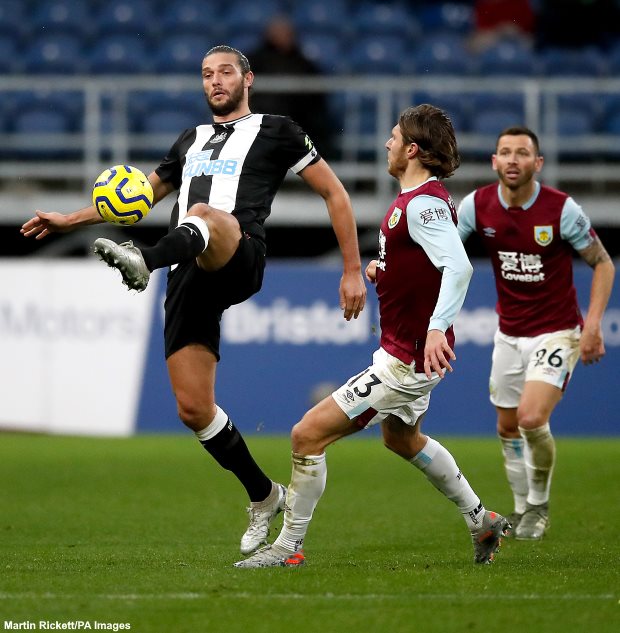 However, the former Liverpool hitman conceded that he was left surprised as he wanted to continue at his boyhood club this season.

He believes that he could have still offered something different to Newcastle, but conceded that ultimately the decision was down to Steve Bruce.

“Without a doubt, yeah”, the striker told The Athletic, when asked whether he was surprised that Newcastle let him go.

“I mean, 100 per cent I wanted to be there. I could have played more last season, I could be playing there this season.

“I’m not saying I should be playing every week, but I think I’ve still got something to give, to be part of Newcastle or any club.

“I’ve still got that hunger in me.

“But the manager makes his decisions. That’s what happens in football. He had his ideas and I wasn’t part of them.”

Carroll is clear that he felt disappointed at not getting the chance to stay at Newcastle, but stressed that he is not angry as he could have done little once his contract ran out.

“It was hard, but that’s how it is and I’ve got to get on with it. That’s how the contract ran out.

“I don’t think I’ve got the energy to be angry about it.

“It’s not going to change anything, so why even bother? I’ve just go to move on to the next thing.”