Owen Hargreaves has stressed that Leeds United should be worried about the number of shots they allowed a struggling side such as Newcastle United to take against them on Friday night.

Newcastle and Leeds played out a 1-1 draw at St. James’ Park on Friday night, but many felt there should have been more goals given the open nature of the game and the number of shots taken at both ends.

Both teams are still looking to get the first win of their Premier League season, but Hargreaves stressed that Leeds should be more worried about their set-up and defending after the game. 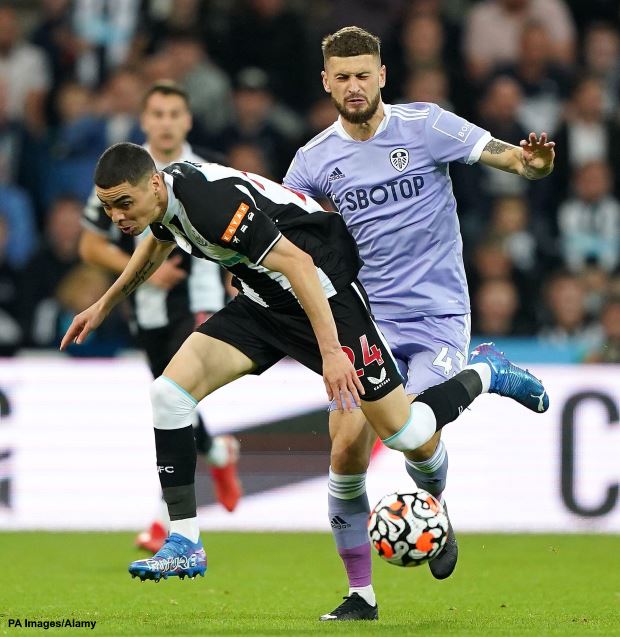 He pointed out that Newcastle are hardly known for their attacking talents and yet Leeds conceded 17 shots against Steve Bruce’s struggling team.

The former midfielder admitted that it is no surprise that Manchester United and Liverpool beat Leeds comfortably this season.

Hargreaves said on Premier League TV: “I think for Leeds the worry is that’s not a great Newcastle side and they conceded 17 shots to that Newcastle team.

“Then you can see why Manchester United and Liverpool beat them quite heavily because they are so open so there are opportunities there.

“For Leeds, I thought they would kill the game but somehow Newcastle got back into it.

“They don’t create much and to let 17 shots against that front three, for Leeds, they might have to tweak it a little bit.”

Hargreaves conceded that Marcelo Bielsa is married to his philosophy of playing open football but stressed that Leeds cannot continue to allow that volume of shots at their goal.

“They have conceded the most shots in the league and there is a reason for that. I know it’s a small body of work but it is still five games.

“17 today to Newcastle, they normally get five or six a game and they didn’t really even try and attack that much.

“He loves them to be so open but they concede far too many.”