Former Everton winger Ronny Goodlass insists that it was clear to see that if the Toffees were hit with injuries to key players they did not have the squad to cope.

Everton’s fine start to the season came to a screeching halt in the loss against Aston Villa on Saturday evening as the Villans beat the Toffees by a 3-0 scoreline.

The Toffees were missing key players in Dominic Calvert-Lewin, Richarlison and Jordan Pickford going into the game against the Villans. 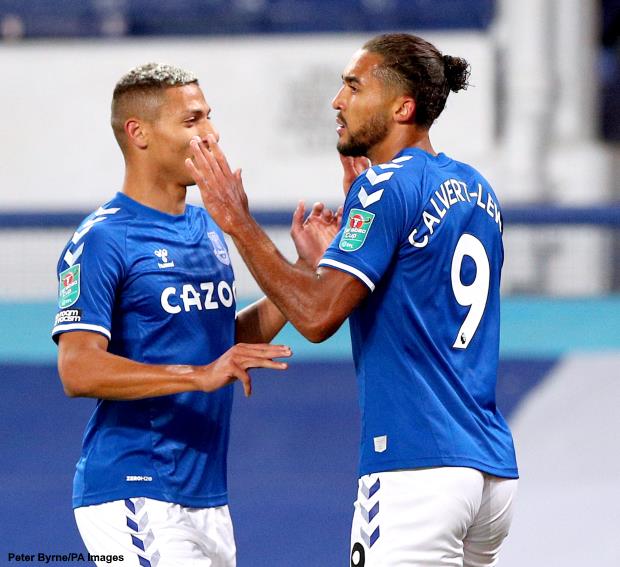 Goodlass insisted that with key players missing it left the squad short and Toffees fans were aware that injuries could not be handled by a small squad.

The former Toffees winger also stressed however that the loss against the Villans should not take anything away from the wins in the preceding weeks.

Speaking on BBC Radio Merseyside post match, Goodlass said: “It’s coming home now that with two main strikers being out you need someone to come in and perform straightaway.

“It’s about learning about the squad and our players, but I think we knew the squad would be a little bit short if we were missing a few of our main players.

“The way that Villa have set it up, it’s just highlighted what I see with the squad.

“You can go on about today’s game, but if you take it from the start of the season, the cup game at Huddersfield, we’ve won and deservedly won.”

In Pickford’s absence, Everton let in three goals and the attack without Calvert-Lewin and Richardson fell short as they only registered a single shot on target.

With uncertainty over how long the players are out with injury, manager Rafael Benitez’s side will have to buckle up and hope that they can still produce winning displays.

They have the opportunity to get back to winning ways early next week as they take on Queens Park Rangers in the EFL Cup.