Paul Merson has insisted that Harry Kane needs to leave Tottenham Hotspur, potentially in January, to join Manchester City, who he feels still need him, for the betterment of his career.

The hitman was keen to leave Spurs this summer as he wants to get his hands on silverware and Premier League champions Manchester City were keen on snapping him up.

Despite the striker pushing for an exit, Spurs chief Daniel Levy was insistent on keeping him and did not even give an opportunity for the Citizens to negotiate a potential deal for him. 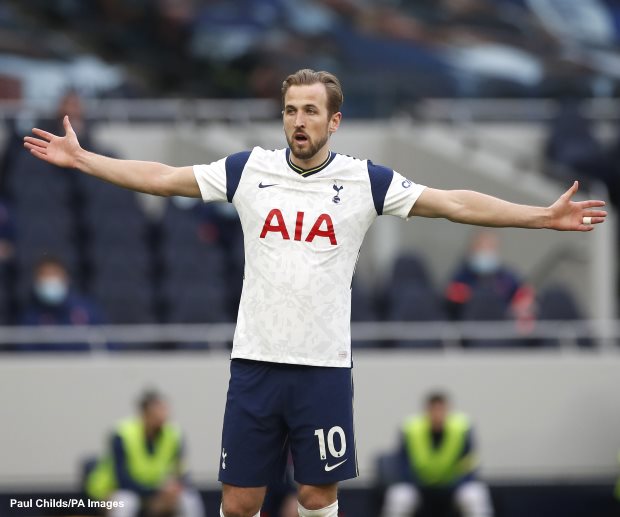 Ex-top flight star Merson is of the view that Kane, who is struggling with his form at the moment, needs to move on from Spurs for his career and possibly join the Mancunians, as they still need a world class striker.

Merson insists Kane is the best striker in the Premier League and he needs to win trophies before he hangs up his boots, which he is unlikely to do at Spurs as things stand.

While discussing Kane’s future at Spurs, Merson told talkSPORT: “For me Harry Kane is the best centre-forward in the league by a distance and I really mean that even if he plays for Tottenham, I do mean that and I think Manchester City need to get him.

“Maybe even if it comes down to January I think, he needs to move on for his career.

“He needs to sit with his grandchildren at the end in 20, 30 years’ time and they are sitting on his lap and he goes ‘I won this, this and this”.

“At the end of the day if he stays at Tottenham, you have got to win the Golden Boot, that looks a million miles away at the moment.”

Levy is reluctant to sell Kane to any of Spurs’ top flight rivals and it remains to be seen whether Manchester City will try lure him away in the upcoming winter transfer window.