Rangers legend Barry Ferguson believes Ryan Kent’s injury could turn out to be a massive opportunity for Scott Wright to show his true quality for the Gers in the coming weeks.

Wright joined Rangers from Aberdeen in the winter transfer window this year and made a good impression in the latter half of last season.

He has been working towards getting a run of games in the Rangers side and with Kent out injured, he is expected to start more often in the next few weeks. 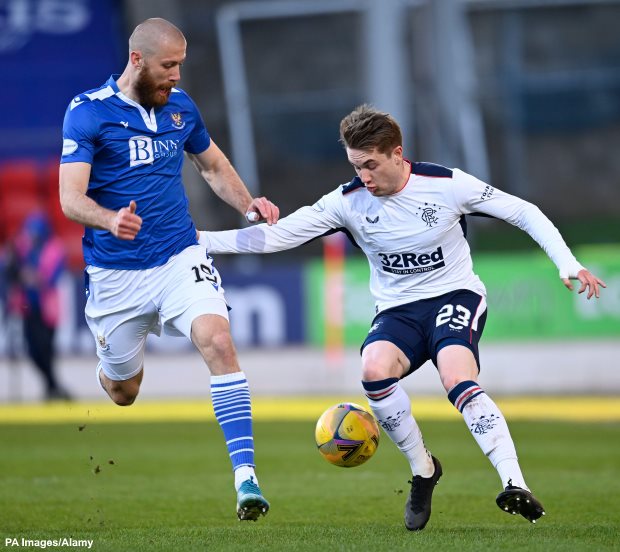 Ferguson admitted that Kent’s injury could be a blessing in disguise for Wright, for who it is a big season.

He feels Rangers did the right thing by signing him in the winter window as it allowed him to get used to the environment at Ibrox.

However, with Kent out, Ferguson believes the focus will be on Wright to prove his worth for Rangers in the coming weeks.

The Rangers legend said on the Go Radio Football Show: “He will get an opportunity now.

“Ryan Kent is going to be out for three or four weeks and Scott Wright definitely has the quality.

“I thought Rangers did the right thing bringing him in early last year, got him used to his surroundings and now it’s a big season for him.

“Now he has a got a great opportunity with Ryan Kent out injured and he can show at Rangers that he can produce it.

“He has got a real opportunity.”

Wright has made 21 appearances for Rangers this season, scoring three goals and providing two assists.