Rangers legend Barry Ferguson has insisted that Kemar Roofe needs to find a way to remain fit to get a consistent run of games for the Glasgow giants.

Roofe has scored some big goals for Rangers since joining the club from Anderlecht last year and played a major role in them winning the Scottish Premiership last season.

But the forward has had his troubles with injuries and has failed to remain available for selection consistently since he moved to Ibrox. 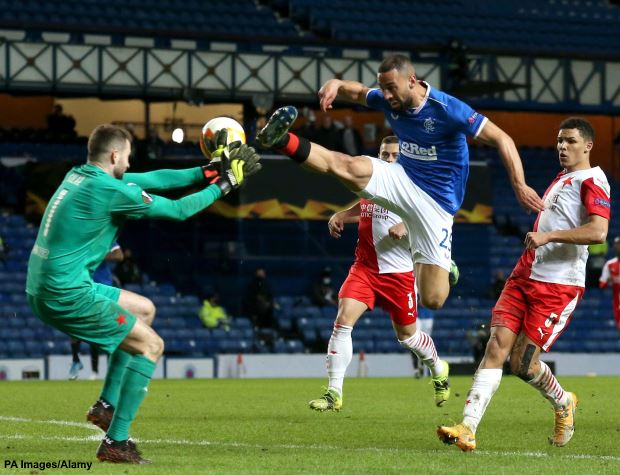 Roofe’s time at Anderlecht was spoiled by injuries and while has played a lot more at Rangers, the constant niggles have been part of his time at Ibrox as well.

With Rangers missing a few players due to injuries, the forward is expected to be a major player over the next few weeks, but Ferguson stressed that he needs to find a way to stay fit.

He feels being in and out of the team must be frustrating for Roofe but insisted that to get a run of games in the team, he needs to get rid of his niggles and be fit to play regularly.

Talking about Roofe, Ferguson said on the Go Radio Football Show: “He is another one who needs to stay fit.

“There is no doubt that he is quality, you don’t play at Leeds and Anderlecht, where he was again missing through injuries [if you are not].

“He has definitely got qualities but he needs to get a run of games and needs to stay clear of niggles.”

The Jamaican has scored 22 times in 43 appearances for Rangers since moving to Scotland last year.