Brentford boss Thomas Frank has revealed that he cannot wait for the Bees’ clash with Liverpool and suggested that they will look to attack rather than sitting back and defending.

The Premier League newcomers progressed into the round of 16 of the EFL Cup with a 7-0 victory over League Two outfit Oldham Athletic at home on Tuesday.

Brentford will now host Liverpool, who are level on points with Premier League table-toppers Chelsea, in the league on Saturday with the hope of building on the momentum. 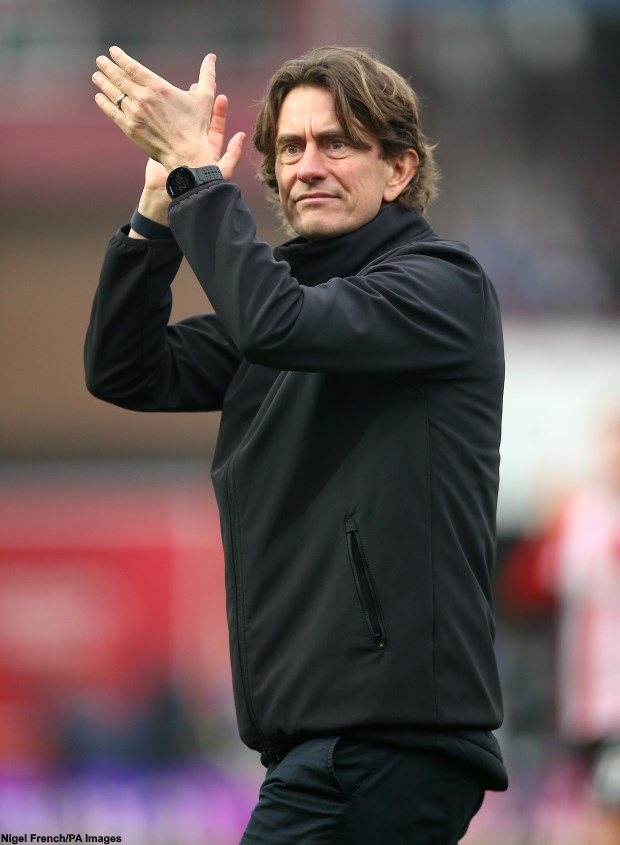 Speaking following his side’s win over Oldham, Brentford boss Frank admitted that the Bees are aware of the proposition they are going up against, but insisted that they would face Liverpool the very next day if needed.

Frank went on to suggest that Brentford will look to attack on Saturday rather than sitting back and defending in an attempt to hold Liverpool off.

“We know it is the number 1 in the Premier League we are facing“, Frank told Brentford’s in-house media.

“They are one of the best teams in Europe at this moment in time.

“Can’t wait honestly, we’d go play tomorrow if it was.

“We’ll try to be positive and try to attack.“

Liverpool are unbeaten across all competitions so far this season and it remains to be seen if Frank’s Brentford can be the first side to beat them on Saturday.